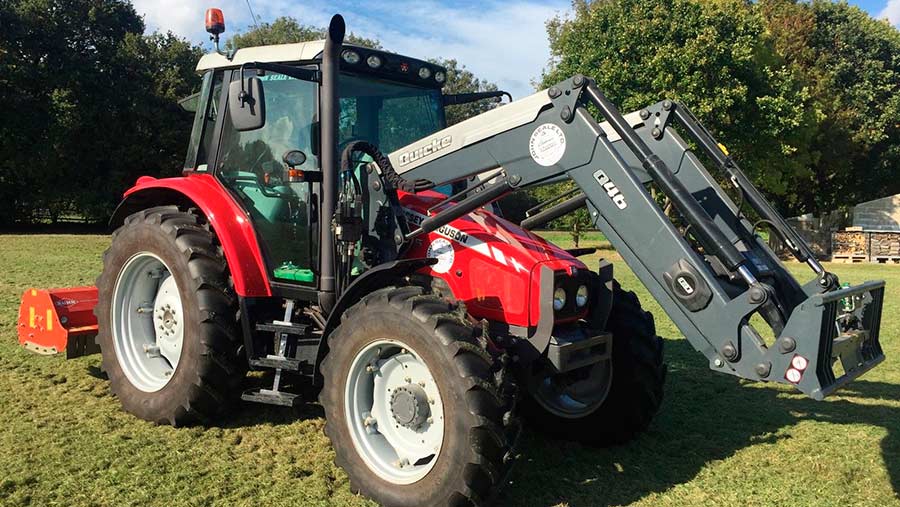 The tractor Mr Ledger thought he was buying

Beef farmer Douglas Ledger thought he had snapped up a bargain after spotting a low-mileage tractor for £10,800.

The advert, which appeared on Gumtree and also on eBay, was for a 2011 Massey Ferguson 5455 tractor and Quicke loader – with a “very low 450 hours” of use.

According to the ad, the tractor had been used in a horse yard and had only “light paddock” use – hence the low hours.

Mr Ledger, who farms in Dover, Kent, declined an offer to pay for shipping and decided to pay for the tractor with a secure transaction through PayPal.

But he made the massive error of paying for the tractor through a fake PayPal link, emailed to him by the vendor, and his £10,800 was debited into the scammer’s personal bank account – not via PayPal.

‘My heart ruled my head’

“I feel like such a fool. Obviously, I’m not as intelligent as I thought I was,” Mr Ledger told Farmers Weekly.

“Greed got the better of me – I let my heart rule my head. It was a fantastic price for such a high-value tractor. 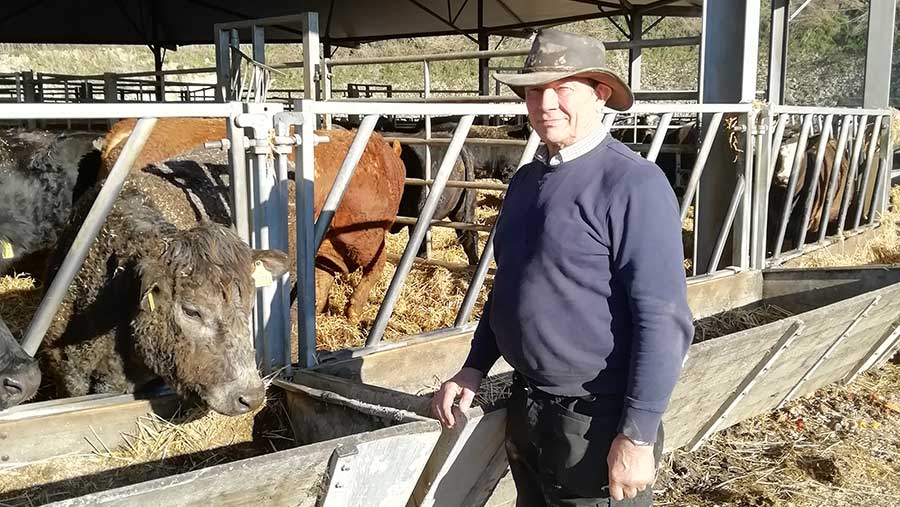 “It just shows how your emotions can rule your common sense.”

Mr Ledger made the transaction on 4 February. But when the tractor failed to arrive the next day, he soon realised he had been the victim of an elaborate scam.

He contacted PayPal and was told they had no record of his transaction. He then contacted his bank which worked with Metro Bank to freeze the vendor’s account.

An inquiry involving fraud officers from Kent Police is under way. But he suspects the stolen funds may have been transferred into another account.

“The guy knew what he was doing,” said Mr Ledger. “He hangs this carrot in front of you, gently, gently. And then reels in his monkey.” 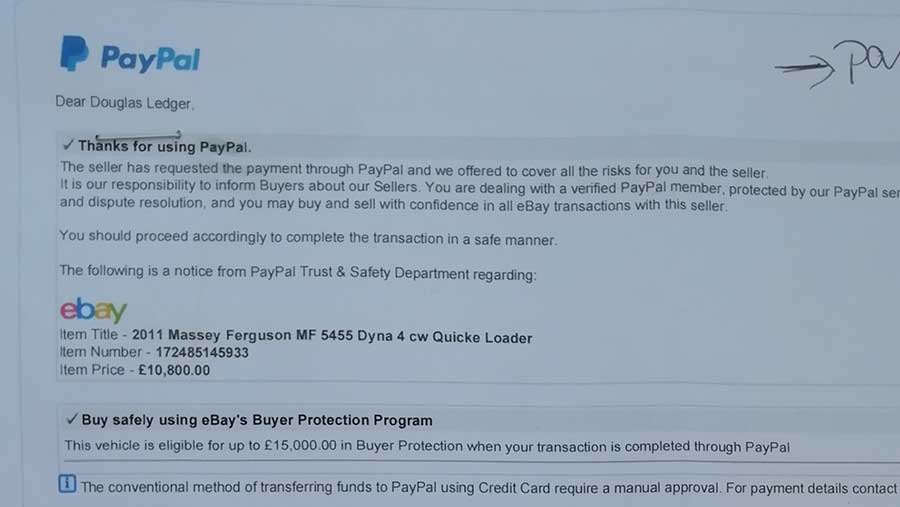 Mr Ledger said the vendor claimed to be living on the Isle of Man and said the only way he did business was by email.

He hopes that by speaking out he will prevent others farmer from being duped.

Mr Ledger understands the tractor may have previously been owned by someone in Hampshire. He is keen to trace any previous owners.

Tips to avoid falling victim to a machinery scam

Farmers have become a prime target for cyber crooks and there is more need than ever to protect farm businesses from becoming the next victim.

In the UK, fraud and cybercrime is committed every four seconds, according to the Office for National Statistics (ONS).

And farmers are considered to be at particular risk at certain times of the year when farm subsidy payments are made.

As a buyer you should:

As a seller you should:

Protect yourself against shopping and auction fraud:

If you believe your business has been the victim of fraud or cybercrime, you should report this to Action Fraud on 0300 123 2040 (service available 24/7) or via the website www.actionfraud.police.uk

* Do you recognise the Massey tractor pictured above? Did you previously own it? If so, email philip.case@proagrica.com