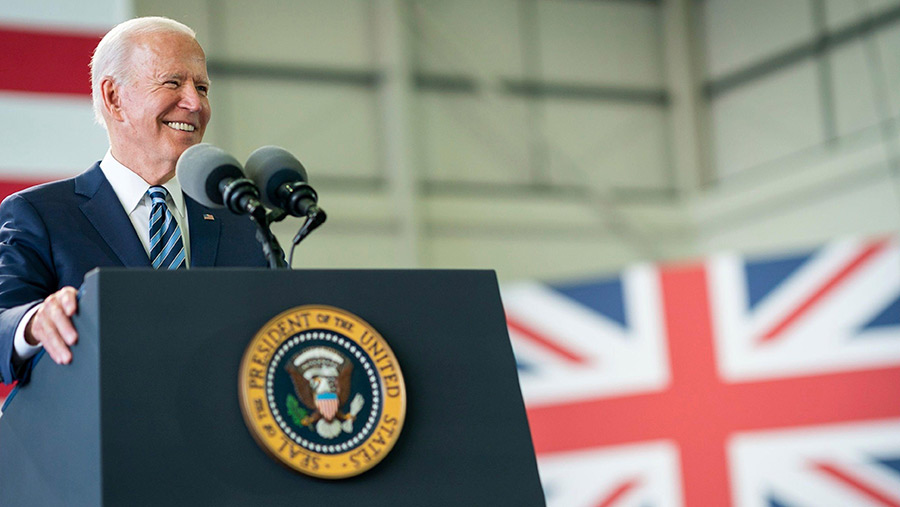 A farmer had to pass a security check and have a police guard before he was allowed to spray a field of potatoes near RAF Mildenhall, which had welcomed US president Joe Biden.

President Biden was making his way to Cornwall for the G7 summit and touched down in Air Force One at Mildenhall on Wednesday evening (9 June), to greet US troops before taking off again a few hours later.

To the members of the United States Armed Forces I had the honor of meeting at Royal Air Force Mildenhall: thank you. You are the best of our country — and the First Lady and I are so proud. pic.twitter.com/vXhpMZycQo

Mr Phillips (@Robphillips88) said on Twitter: “Biden flew into RAF Mildenhall tonight and our land surrounds the runway, I had to get a security check before they would let me spray a field of potatoes whilst police vans blocked the entrance to the farm and the police officers lined the road, a very surreal experience.”

President Biden has now arrived at Carbis Bay, St Ives, to meet with prime minster Boris Johnson and the leaders of Canada, France, Germany, Italy, Japan, as well as representatives of the EU, to discuss the coronavirus pandemic and climate change.