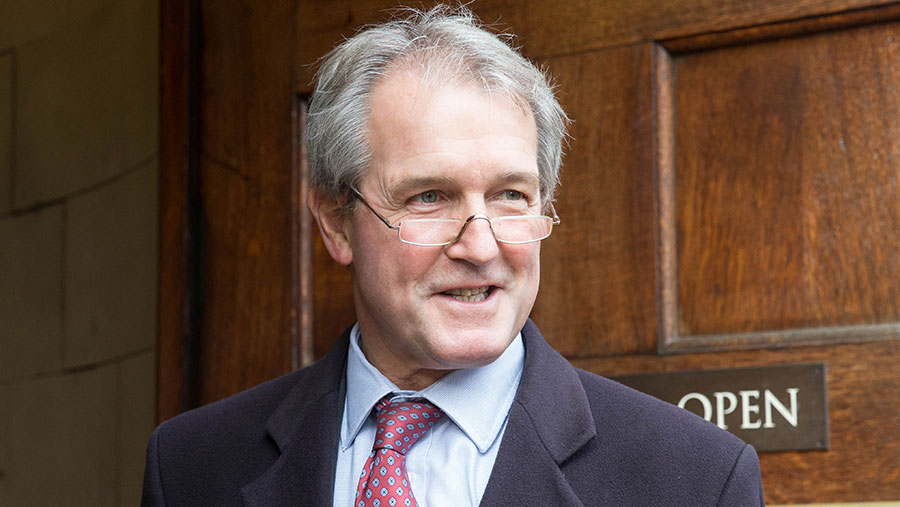 The British public can look forward to having cheaper food after Brexit, a former Defra secretary and cabinet minister has stated.

Conservative MP and Brexiteer Owen Paterson also says global Britain must leave the “encumbrance” of the EU to strike “tremendous trade deals around the world”.

Speaking on BBC Radio 5 Live on Friday (26 January) Mr Paterson blasted chancellor Phillip Hammond and the UK Treasury for failing to articulate the “tremendous opportunities for this country once we leave the customs union and the single market”.

“If you take costs, our most disadvantaged citizens are going to get cheaper food and clothing because we pay high tariffs behind the tariff wall of the common external tariff.

“That advantages every single family in the country.”

Economists estimate that food prices will fall, saving the average household over £300/year. This will benefit every single citizen and potentially provide an £8bn boost to the economy. We then have to think how this affects our own food producers Owen Paterson, MP

Mr Paterson has said previously that escaping the customs union and common external tariff will lead to cheaper food for everyone.

“Economists estimate that food prices will fall, saving the average household over £300/year. This will benefit every single citizen and potentially provide an £8bn boost to the economy. We then have to think how this affects our own food producers.”

But British farmers fear striking free trade deals with countries such as the USA and Australia will result in a flood of imports of food produced to lower standards, which would pose a serious threat to the UK’s high farming and welfare standards.

Current Defra secretary Michael Gove has insisted the UK would not accept any trade deal that required the country to accept lower standards, such as allowing imports of chlorinated chicken from the USA.

Prime minister Theresa May has promised to take the UK out of the single market and the customs union as part of the Brexit deal. This will also the country to take control of its own borders and immigration.

Mr Paterson said Brexit would be “not worth the candle” if the UK remained in the single market, customs union and European Court of Justice after leaving the EU.

He stressed the importance of “working very closely with our European partners”, but said leaving would allow the UK to regain its independent seat on the World Trade Organization (WTO) and take advantage of growth in the US, Asia and other parts of the world.

Leaving the customs union will bring the cost of clothing, footwear and food down, benefiting every family in the UK – @OwenPaterson on @BBCr4today. Listen to Owen in full here: https://t.co/Gr0SIn9Yu5 pic.twitter.com/TvNoDAAf0v

Remember what Owen Paterson said before the referendum: https://t.co/w2UDD5CJeR