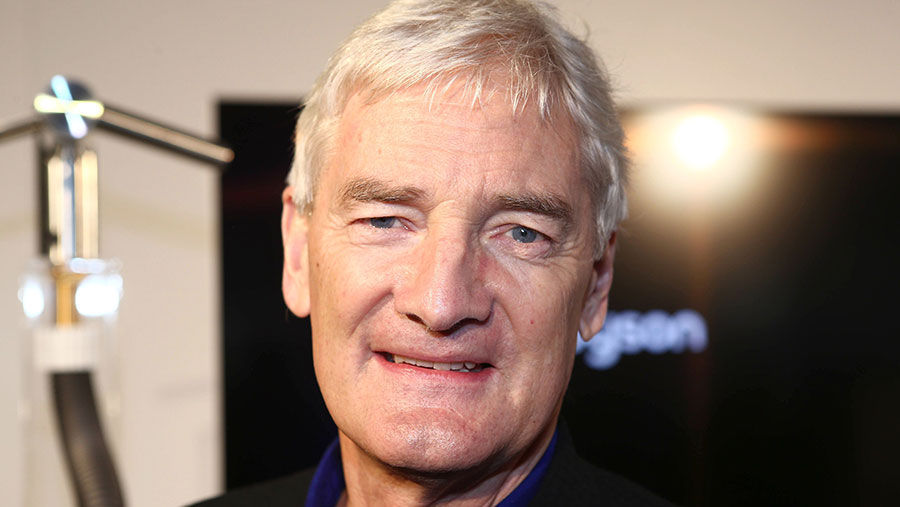 Farmers will be at a competitive disadvantage against their European counterparts if the government cuts subsidies after the UK leaves the EU, billionaire Brexit backer James Dyson warns.

In an interview with The Spectator, Sir James raised concerns about Defra secretary Michael Gove’s vision for a “green Brexit”, which would see direct payments slashed and farmers having to “earn their subsidies” only if they deliver benefits for the environment.

“You’ll be putting British farmers at a disadvantage against European farmers,” he said.

The UK government has committed to funding farming at the current levels until 2022.

But after this date, the future is unclear.

Speaking at the Royal Welsh Show this week, Mr Gove would only say the UK government would ensure “the most generous support possible for agriculture after Brexit”.

But commentators suggested the government will seek to phase out farming subsidies under a transitional period after Brexit and redirect the money elsewhere to fund other priorities, such as the NHS, education and national security.

Sir James’ total farming estate – Beeswax Dyson Farming – is the biggest in the UK, spanning 13,355ha of farmland in Gloucestershire, Oxfordshire and Lincolnshire.

Although Sir James acknowledges it is a big cheque, he says that the criticism is misguided.

Under environmental stewardship, he has set aside 890ha for “flowers, seeds, nesting birds, buffer strips and so on”. It generates about £640,000/year. But Sir James argued subsidies are not just free money to line the pockets of the wealthy.

He employs some of the best farm managers and landowners in the industry and his business provides sustainable food, green energy and biodiversity.

Sir James, who grew up working on farms producing potatoes and harvesting sprouts in Norfolk, poured £75m of his own money into his own farm businesses to improve them agriculturally and benefit wildlife. This figure excludes the cost of buying land.

He recently invested in a state-of-the-art grain store at his Carrington Estate in Lincolnshire.

However, his profits from farming have nosedived of late. His farming enterprise lost £4m last year and is expected to lose £2m this year.

Thankfully, the losses can easily be mitigated by the millions generated from making vacuum cleaners. According to the Sunday Times rich list, Sir James is worth £7.8bn.

“I don’t want people to feel sorry for me,” he said. “Because I am making money in my other areas.”

Mr Dyson doesn’t share Mr Gove’s confidence the UK will thrash out a comprehensive free-trade deal with the EU after Brexit.

“My view is we almost certainly won’t get a deal. We’ll have to walk away,” he said.

He thinks it’s inevitable the UK will have to resort to World Trade Organization (WTO) rules – and that means tariffs being applied to products both imported and exported.

For someone who believes in free trade, he said this would be a “bitter pill to swallow”.

In such a scenario, if the UK accepts chlorine-washed chicken, acid-washed pork and hormone-injected beef, tariff-free and cheap from the US, then UK livestock farmers could be in big trouble.

“Cattle farmers would just have to give up,” he said unless the UK government offers adequate support.

Despite all this, he remains optimistic UK government will be able to negotiate good trade deals with non-EU countries

“I am very confident in our ability to negotiate trade deals outside Europe — with Japan, Australia, China, America and so on — because it’s very easy,” he said.

“It’s just us negotiating with them. It’s very, very straightforward and you don’t have to satisfy 27 other people.”