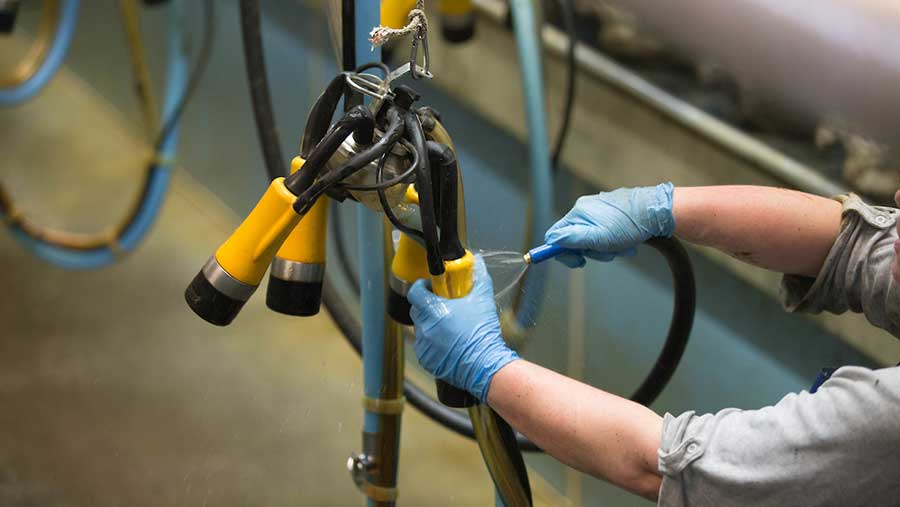 According to a new YouGov survey, commissioned by the RABDF, just 4% of UK adults said they would find all key aspects of working on dairy farms personally acceptable.

With Brexit likely to impose further restrictions on the availability of overseas labour, the organisation is concerned the domestic workforce cannot be relied upon to plug any labour shortages.

“EU workers currently fill a large number of roles in dairy farming, which are varied and largely permanent. But post Brexit, we could see access to that labour disappear,” said RABDF chairman , Mike King.

“The survey indicates many UK workers simply don’t like the thought of some of the features of dairy farming, like the need for flexible hours or working outside.”

In particular, the survey of more than 2,000 adults suggested six attributes of working which relate directly to dairy farming.

But, while 11% of respondents said they would consider a role in dairy farming in future, closer inspection of the results suggested this was misleading.

In reality, only 4% said they would find all six attributes acceptable.

The least popular task, the survey revealed, would be working with machinery such as computerised technology or heavy lifting equipment, with just 17% saying they would do this.

And only 27% said they would be happy working with animals.

One alarming aspect of the survey was the discrepancy between skilled and unskilled workers.

A lower percentage of skilled or qualified adults in the UK are likely to consider a job in dairy farming (9%) compared with semi (19%) or low-skilled workers (12%), despite competitive pay.

Among those who do consider at least one of the features of dairy farming – such as working in a rural location – acceptable, interest appears to diminish when they find out the role is in dairy farming.

Previous surveys run by RABDF in 2014 and 2016 show and increase in the dependency of the dairy sector on migrant labour, and the problems many are now facing meeting those requirements.

In 2016, 93% of dairy farmers polled by the RABDF said the use of EU labour had been a successful option for their farm, with 83% saying they employed EU labour due to “willingness to work”, and 63% because of insufficient UK staff availability.

The farmers polled in 2016 also said 50% of their workers were “highly skilled” or “mainly highly skilled”; 85% had staff from Poland and 23%, from Romania.