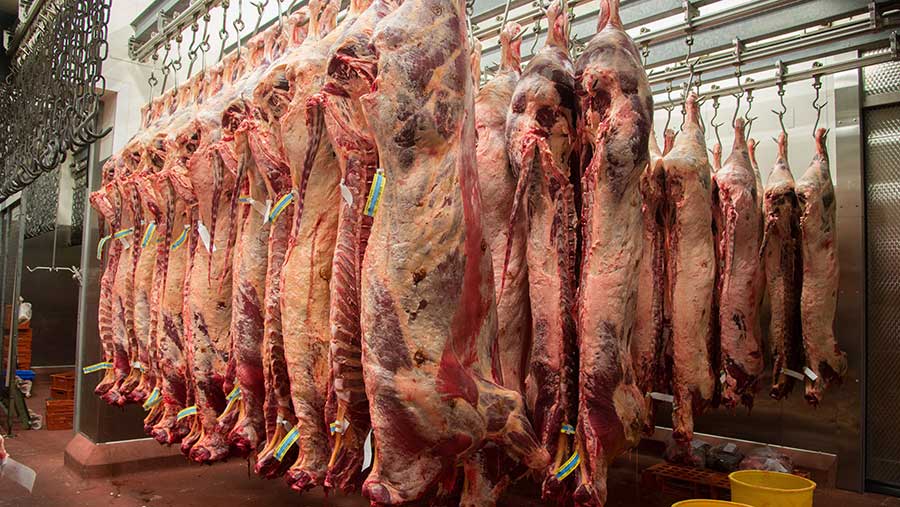 The red meat sector is missing out on estimated £16m from sales of fat due to the government’s failure to apply for “negligible risk” status for bovine spongiform encephalopathy (BSE), meat processors have claimed.

In May of this year, England and Wales reached the milestone of 11 years without a new case of the disease, qualifying the two countries for official negligible risk status from the World Organisation for Animal Health (OIE) in Paris.

If granted, it could open up the international market for mesenteric fat – used in many industrial applications – for the first time in 24 years.

But the British Meat Processors Association (BMPA) says the government needs to submit an application to the OIE by the end of this month, so it can be approved at the organisation’s general session in May 2021.

“Government has told us that applying for the required negligible risk status isn’t on their list of priorities, and they have not got the resources to make the application,” said BMPA chief executive Nick Allen.

“This is extremely disappointing and a huge missed opportunity for the British meat industry.”

The BMPA adds that the £16m in lost revenue is roughly equivalent to the total potential value of lamb exports to the US that British trade negotiators are fighting hard to secure as part of a future trade deal with Washington.

“Being able to sell mesenteric fat, instead of paying to dispose of it, also reduces waste and improves the value of every animal,” it says.

It is understood that Defra does intend to make an application next year, which would mean official negligible risk status should be granted in May 2022.

It blames the lack of action this year on resources being diverted to deal with the coronavirus pandemic, as well as preparing for EU exit and negotiating potential new trade deals.

“The UK is renowned for its high environmental, food safety and animal welfare standards and we take any potential biosecurity threat of BSE extremely seriously,” said a spokesman.

“There have been no cases in the UK this year and we remain vigilant to the threat posed by BSE. We will continue to take decisive action to build on our strong progress towards its eradication.”

But the delays have been criticised by the BMPA, which described it as “a year wasted at a time when Britain should be taking every chance it can to expand trade in international markets”.

“Just as we’re about to leave the EU we have missed a fantastic opportunity to signal to the global markets our high British standards,” said Mr Allen.

The BMPA also notes that Northern Ireland already has negligible risk status and is reaping the benefits.

Scotland also achieved 11 years free of the disease in 2018, and was set to apply for negligible risk status, but this has been stymied by a single further case of BSE.