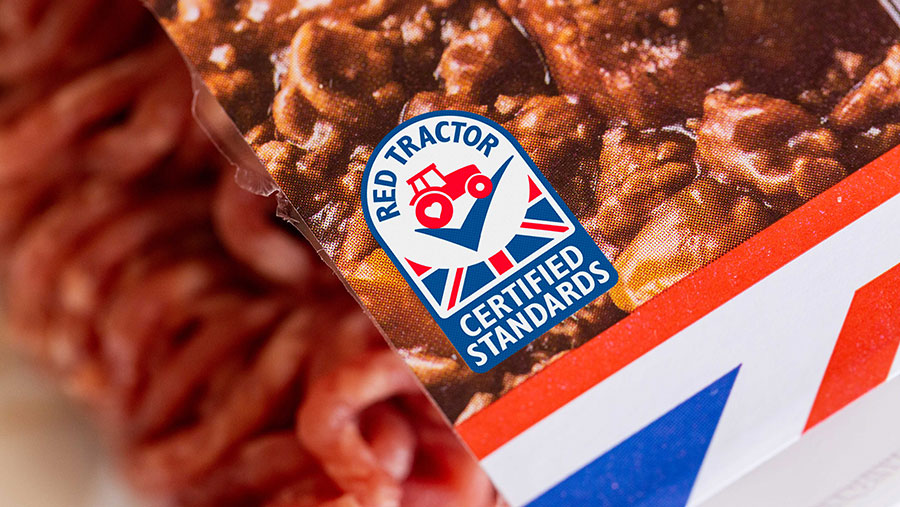 A new £250,000 advertisement campaign that encourages shoppers to buy British farm produce in the run up to Christmas has been launched by Red Tractor.

The adverts ask consumers to invest in food that is safe, traceable and good quality by looking out for the Red Tractor logo.

The campaign will mainly target people using on-demand TV streaming services such as All 4, ITV Hub and Now TV to catch up on their favourite shows.

This is expected to reach about two million viewers and there will be adverts on social media and in newspapers.

A recent survey by Red Tractor and YouGov showed that most people trust UK-produced food.

More than 3,500 people were surveyed to gauge British attitudes to food produced in the UK and imported from other countries.

Nearly half specifically put their trust down to the UK’s food and farming standards regime and assurance schemes.

The new adverts will look to capitalise on this confidence and get more shoppers choosing British food amid the supply chain issues and free-trade agreements that are causing substantial concern for the agriculture industry.

Jim Moseley, Red Tractor’s chief executive, said: “At this time of unique change and pressure on British farming, and the unprecedented scrutiny and uncertainty over the food we eat.

“We know that the priority for consumers is having high-quality, safe and affordable food that is farmed with care.

“The Red Tractor logo means that the food they buy has been responsibly sourced, safely produced and comes from British crops and animals that have been well cared for.”