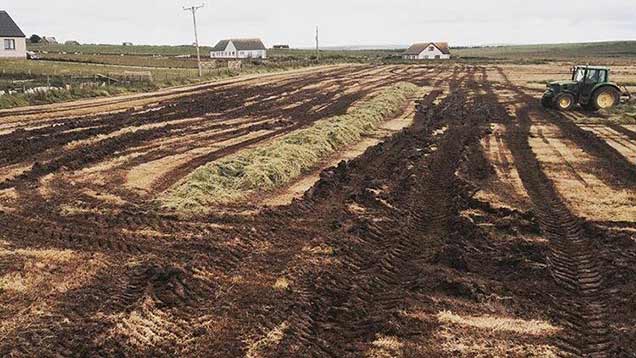 NFU Scotland president Allan Bowie made a visit to Caithness to see first-hand the challenges facing farmers due to heavy rainfall over recent weeks.

He heard how the poor weather has delayed silaging by about a month and some cattle remain indoors.

Some people have also been forced to sell their store cattle earlier than normal to relieve pressure on their farms.

In addition, calves and lambs about to go to market will be at lighter weights.

Speaking afterwards Mr Bowie said the union recognised that many farmers in Scotland had been affected by poor weather.

But he added: “The problems being faced as a result of the ongoing poor weather were evident in the impact it has had on farms.

“There is real concern about how many will manage during the coming months with poor silage quality for some who have cut.

“We know the poor weather is affecting livestock but also crops too, and to those farmers this is of equal concern.

“It is crucial that the Scottish government does everything in its power to ensure that single farm payments are received by farmers on time in December, and there is no delay, otherwise it could cause further worry.”