Better communication, a new five-year strategy and a regular ballot of levy payers as to how their money is collected and spent are promised as part of a reform of the AHDB. 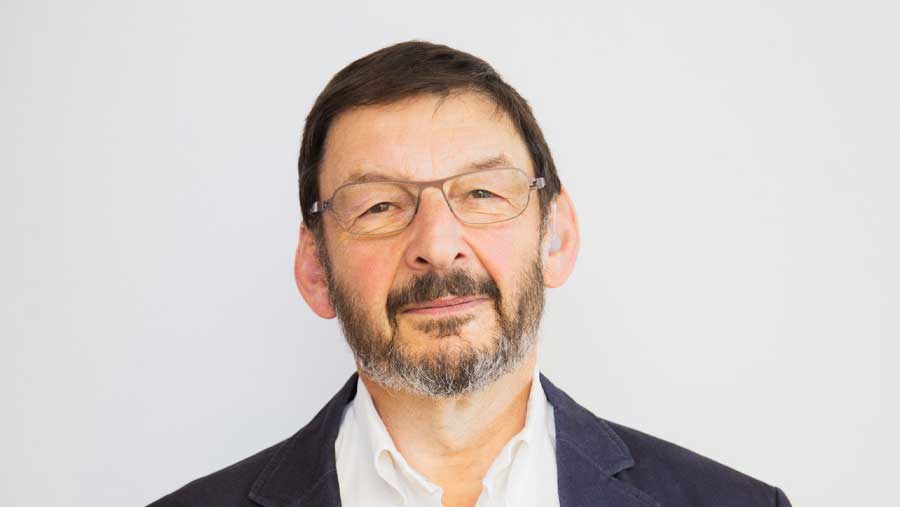 Q. What is the background to the reforms you are planning?

Defra instituted a “request for views” two years ago and collated the comments that came back from stakeholders, which were made available in April of this year.

It also came with a covering letter that summarised some of changes that were expected of AHDB.

Q. Clearly, given the structure at the moment, a lot of levy payers feel AHDB doesn’t work for them. Do you accept this?

There are certainly differences between the sectors, and even within sectors.

Not all farmers and growers are happy paying a levy at all, while many people pay a levy and say they don’t get anything for it.

But I would say very few farmers and growers do not use AHDB’s work at some point, even if they don’t realise it.

Also, if you look at the Defra report, 65% of those who responded said that AHDB was important and was worth funding, even though all sectors said there were changes necessary.

Q. Why is there this disconnect?

One is that levy payers do not currently have a chance to regularly make their comments heard in terms of a ballot.

The other is that they want greater transparency as to how the levy is being paid.

By and large, that is what’s happening, but I am not sure we are communicating that well enough.

Pretty much straight away. If you take the ballot, we are working on it with Defra.

The outstanding questions are how often will we hold it, what sort of questions are going to be asked and how do we deal with the differences between the devolved regions.

For example, AHDB is responsible for horticulture throughout the UK, but for red meat only in England.

Also, should it be “one levy payer, one vote”, or weighted according to the amount of levy paid?

We have already instituted a governance review, which will report before Christmas as to how we might reform our structure to achieve better communication and better value for money.

A strategy for the next five years had also been worked on before I arrived (in April) and will be published for consultation by the beginning of November, with programmes for each sector.

Q. For years, AHDB and its predecessors have admitted that they are not the best at communicating. Part of the fundamental issue is the red tape that makes everything it does wholly inefficient. Fair comment?

I am not convinced that is purely a structural, governance problem.

I think it is also an attitudinal problem – both levy payers and AHDB.

When I see what has happened in the past four months in terms of Covid-19, where AHDB has played a significant role in sorting out some of the obvious problems in the dairy industry, in carcass balancing beef, in terms of labour on farm and in the potato sector, then I think everybody gets it.

But when it’s about long-term research and development, or the way in which on-farm productivity improves and particularly in terms of working with the supply chain, those are areas where it is much more difficult to communicate.

Q. Would a system such as New Zealand’s, where levy is collected by statute but then effectively handed to a public limited company to manage, quickly and efficiently, be worth considering?

We have been looking at the New Zealand approach. But remember, for NZ it is comparatively simple because it is all about exports.

Clearly, we do get involved in exports, but the bulk of our work is in the home market, with a very fragmented supply and comparatively fragmented customer base. It is much more complex.

But you are right, we do need a root and branch reform, and that is what we are embarking on.

Q. When you look at marketing, are we doing enough? We trade about £2bn worth of prime cattle off UK farms and we don’t even spend £1m promoting it

For sure, and we are heading for a changing world. We import a large amount of beef from, for example, Ireland, and we export some beef, too.

But in terms of promoting our own beef and animal protein across the board, we do not spend enough money.

We have a large industry, particularly in red meat, but also in other areas such as dairy, where promotion has got to come to the forefront much more.

We are importers of more than £40bn worth of food and drink, and we export £22bn, of which a big chunk is Scotch whisky and beverages.

So we have got to do more promoting the products we have.

Given the limited funds available, we have been tactically promoting quite successfully.

For example, in the past four months, the tactical promotion of UK milk – where we spent somewhere over £1m – lifted sales just when we had to.

If you take the beef promotion that took place during lockdown, we were very successful in replacing a large chunk of prime cuts that were going into the hospitality industry.

We have to be clever in the way in which we use limited funds, but it would also be nice to be able to spend more.

Q. The feeling of a lot of producers now is that they would be happy to see a lot more of their money spent on promotion. Do you agree?

Well, the levy for most crops has been pretty much static since AHDB was founded, so in real terms we are receiving something like 26% less from levy payers.

That obviously creates some sort of tensions and I am not signaling here that we will be looking for an increase in levy.

All of this will have to come under review because, as we open our markets, we are going to be faced with a lot of promotional activity from people who are exporting to us.

We must expect a lot more activity in this area and we have to match it.

We will have to be very clever about the way we do it, and work closely with the whole supply chain to produce the best results.

Q. And what is your message to dissatisfied levy payers?

I’ve always believed that people should be able to communicate and say what they think.

That is the only way we will learn to work together, so I am trying to get around as much as I can.

We already have a system where if, for example, some of the horticultural guys want a quicker ballot than we are suggesting, then constitutionally we are bound to do that, if enough people support them.

But I hope that, with the commitment to levy payers that we’ve just published (to hold a regular ballot anyway) and the debates that have already started, people will engage and we can start delivering things that maybe they all want.

The one thing I would say, however, is we can’t do everything for everybody.

There are going to have to be very difficult decisions made about programmes and spend, because one of the problems with AHDB is that it has actually had to respond to so many different demands from various sectors.

This interview was taken from a discussion between Farmers Weekly Podcast presenter Hugh Broom and AHDB chair Nick Saphir, extracts of which were first broadcast on 4 September 2020.

The Farmers Weekly Podcast is available every Friday on our website, providing a round-up of some of the week’s top stories, with expert commentary and analysis by our presenters.

Hear the latest podcast, as well as previous ones, on our Podcast page.