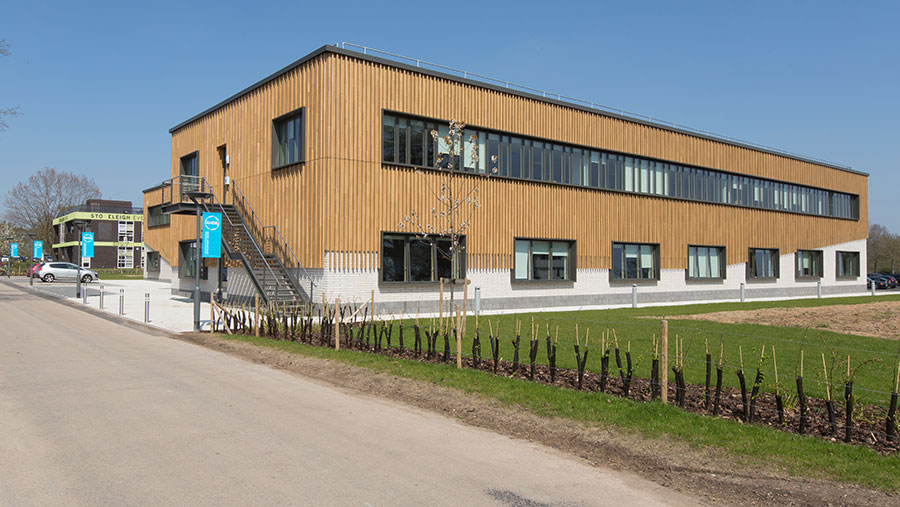 The AHDB headquarters at Stoneleigh

It is often said that good things come to those who wait. Well, it’s certainly been a long wait, but this week’s review of the Agricultural and Horticultural Development Board (AHDB) can only be described as something of an anti-climax.

Coming some 20 months after the Request for Views was first launched, the government response is long on observation, but short on recommendation.

See also: What we’ve learned from government review of the AHDB

Yes, there are pluses – not least the recognition that the AHDB has a key role to play in helping to get the best out of British agriculture, especially as we move into the post-Brexit era.

The specific recommendation to maintain a statutory levy is also welcome. Compared with a voluntary levy or a “charge for services” approach, it is the only way to ensure everyone contributes and enough funds are raised to have a meaningful effect.

And recommending a ballot of levy payers every five years – both to confirm the levy and set the agenda – is a good way to secure industry “buy-in”.

But as far as recommendations go, that’s about it. To a great extent, the government is leaving it to the AHDB “to develop its policies and structures in order to deliver the best service for levy payers”.

Drilling down into the report, it is clear there is a lot of work to do. For while there was a degree of satisfaction with the AHDB’s overall performance, with 43% of the 901 respondents having a “positive” view of the organisation, a significant 36% were “negative”, while 20% were indifferent.

There were clear sectoral divides, too, with dairy farmers, potato growers and horticulturalists among the most disgruntled. For example, just 34% of dairy farmers were positive about the AHDB compared with 43% who were negative.

Furthermore, only half of dairy farmers supported the continuation of the levy, compared with three-quarters of lamb producers and cereal growers. Yet dairy farmers were the most enthusiastic about a five-year ballot – presumably seeing this as an opportunity to effect more radical change.

This is perhaps not surprising, given the economic difficulties the sector has faced in recent years, with many questioning the value of the services they get in return for their contributions.

What was surprising, however, was how little importance was given to the market intelligence role of the AHDB – and not just in dairying. Just 23% of all respondents wanted more of this, compared with more than 50% who said extra resources should be targeted at market development and research.

Of course, if everyone supported the status quo, that would imply that things were perfect to start with – which they are not. But given the importance of data analysis to running a successful business, it is worrying that market intelligence seemed so under-appreciated.

Furthermore, the report reveals how distanced farmers feel from the AHDB – that they are not properly represented, that the organisation is “top heavy” and “out of touch”, and that it lacks accountability.

There is no doubt the AHDB does a lot of good work – much of it unrecognised. But there is clearly room for improvement – both in terms of the work programme and governance.

These issues need addressing as a matter of urgency. The fact that the government seems to have batted the ball back to the AHDB to effect the change must not be seen as an opportunity to delay or prevaricate.