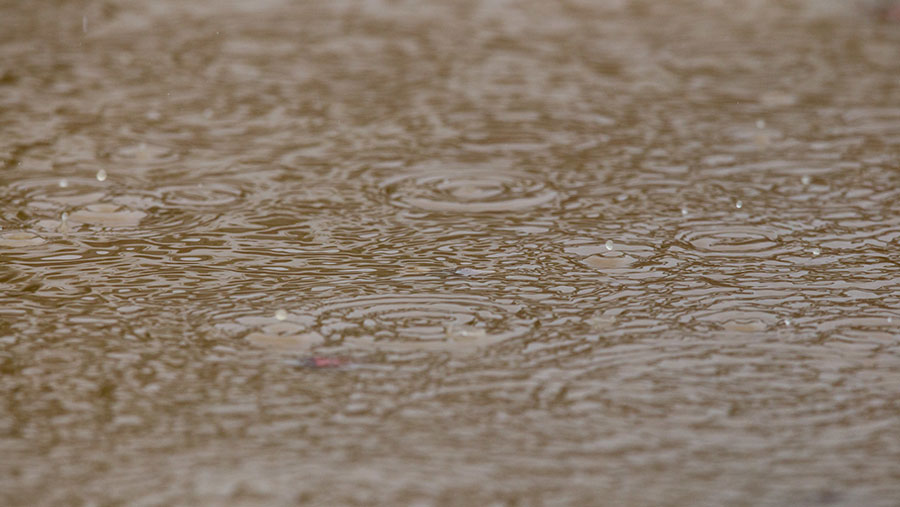 Snow and rain during a cold and wet March conspired to delay field work and progress with spring crops and potatoes.

Mean temperatures for the month were well below average – typically by almost 2C, according to provisional figures from the Met Office.

This was around 1.5C less cold than the notable March of 2013, which the Met Office says was the coldest March since 1962.

When the final calculations have been made, last month could end up being the third coldest March in the past 30 years, it adds.

Crop progress is about three weeks behind in parts of East Anglia.

Cold weather due to the “Beast from the East” led to the first episode of notable weather early in the month with significant snowfall compounded by freezing rain.

The wet weather luckily isn’t affecting our crops to much but the beast from the east has certainly left it’s mark on some of our OSR. pic.twitter.com/arW7Yl018b

After temperatures gradually returned to normal, they fell again in the middle of the month, leading to a second significant bout of snow on the 18-19 March.

Some areas finally began to feel more spring-like around 22-26 March, though the last few days of the month again looked like being colder than average as easterly winds returned.

Rainfall for the UK as a whole during the month was around normal – but it was unusually distributed with some areas receiving much more rain than others.

In the west of the country, Matthew Williams of MW Farming took advantage of a break in the weather to drill 50ha of spring barley

It was notably dry in north-west Scotland but much wetter across a swathe of the country from Cornwall to Aberdeenshire, with some areas receiving more than twice the average rainfall.

Lincolnshire independent agronomist Sean Sparling said planning would be more important than ever when managing crops.

The important things are to stay calm & not to panic. Can’t do anything about the weather so it’s the quality NOT the quantity of treatments that matter. That was proved to be the case in the wets of 2004, 2007 & 2012. Just because its wet, it doesnt mean 5 extra passes.#Timing

In Northern Ireland, the Ulster Farmers’ Union (UFU) said it was increasingly concerned about the pressure on farmers of having enough fodder to feed their livestock.

UFU president Barclay Bell said: “We have experienced one of the wettest winters following persistent rainfall which has made conditions for farmers very difficult.”

Soil had been at saturation point making field work difficult and prolonged wet weather across the province had put major feeding pressure on farmers.

Many cattle had been housed since August, with farmers who struggled to get silage cut last autumn now facing lower than average grass covers and slow grass growth.

Mr Bell said: “It has been a difficult spring. Cows are calving and sheep are lambing and farmers are unable to put their animals out to grass, because there is no grass.”