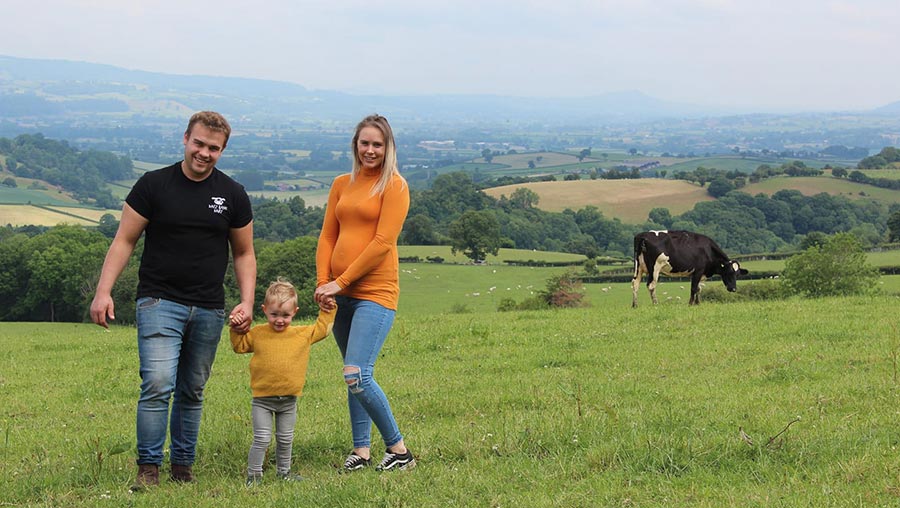 An abiding image of the first lockdown is of thousands of litres of fresh milk gushing into slurry tanks after processors instructed dairy farmers to pull the plug on their bulk tanks.

With coffee shops shut and airlines grounded, they were told there was no market for their milk.

See also: So you want to sell food and drink to the public

Later in the summer, the photographs being shared on social media were of on-farm milk vending machines after dairy farmers took back control and cashed in on the “stay local” message by supplying fresh milk direct to the public.

Those contrasting images summed up the winners and losers in a pandemic that has tested the resilience farmers are famed for.

Covid-19 has demonstrated that where there are crises there can also be opportunities.

For farming it meant that the worst-case impact on the sector has been avoided.

In general, agriculture has been far less affected by the economic impact of coronavirus than many other industries.

Fears that there would be a sharp drop in farm incomes in 2020 were largely averted following a gradual recovery in commodity prices and the provision of support for the sector.

But, for some, the challenges at certain periods in the pandemic have been huge, notably dairy farmers with liquid milk contracts and farmers with diversifications in holiday accommodation and visitor attractions, which haven’t been able to operate for long periods of time.

For others, it sparked new direct sales ideas.

The Lloyd family, who run Gate Farm, in Llandyssil, Montgomery, are now supplying around 30% of the milk produced by their herd of organic cows through vending machines under their Daisy Bank Dairy brand. 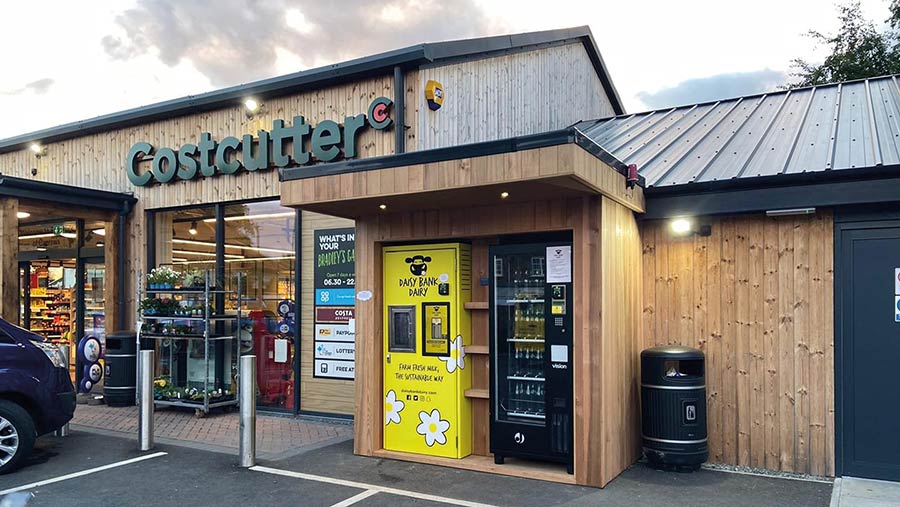 They have entered the market in no small way, investing almost £200,000 in multiple high-spec machines located at supermarkets and convenience stores and have also established six milk rounds.

They are Omsco (Organic Milk Suppliers Co-operative) suppliers, but the vending machines and milk rounds provided an opportunity to capture more value from the milk they produce – £1.30/litre.

“People add up the £1.30s and think we are millionaires, but they forget about the cost involved!’’ laughs dairy farmer Glenn Lloyd.

But even when that cost is factored in, they receive a higher margin than is possible from their bulk supply.

They are grateful, however, that there haven’t been large fluctuations in their Omsco milk price in the past 12 months.

He admits that the growth in direct sales during the pandemic has taken him by surprise.

“A lot of people had more time on their hands during the lockdowns, to look at social media, so it has been all about telling our story. People want to support local. The memory of supermarket shelves being cleared of milk is still fresh in their minds.’’

But for dairy farmers on some contracts, notably Freshways, and who haven’t been able to diversify into direct sales, the financial pain has been real and lasting, with more price cuts this month.

The government stepped in with the Covid-19 dairy support scheme to offset some of the negative impact on farm incomes.

This granted over £1 million of funding to 132 eligible applicants, although this fell far short of the 236 who applied.

Only 70% of the farmers whose applications were successful received the full £10,000 grant. 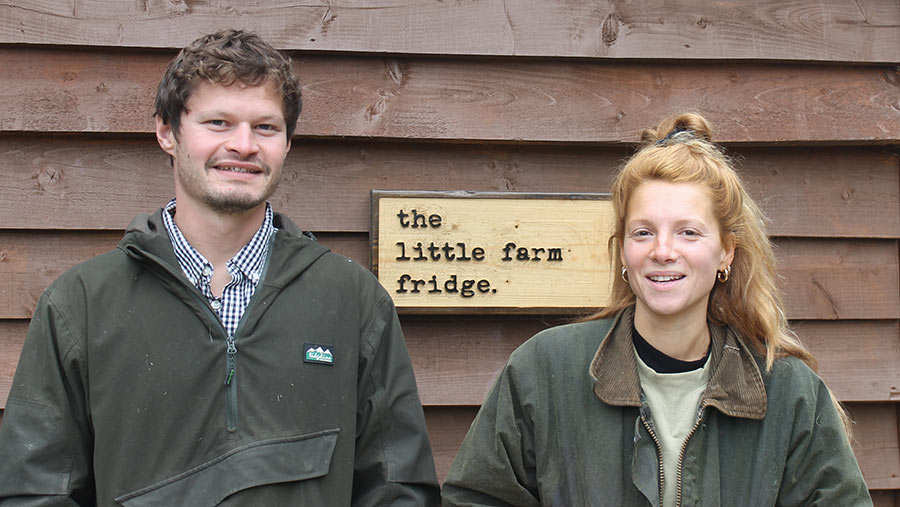 Changes forced by the pandemic have been a boon for some farmers.

They admit it has been “hard, hard graft’’, but have built up a loyal customer base, who they are confident will stick with them.

“We have heard it said that as soon as everyone is jabbed, people will be back in Tesco, but if people have taken the opportunity to build that relationship with direct suppliers they will stick with us as it is part of their routine and they won’t want to turn their back on that relationship,” says Ms Colville.

They launched their business with the help of the government’s coronavirus Bounce Back Loan Scheme.

“It is the only reason we are here, it gave us the opportunity to build this place,” says Ms Colville.

There have been opportunities to tap into other grants but, apart from Mr Woodhead getting some financial assistance from the first grant scheme for the self-employed, they have declined that help.

“That help was there for businesses that had been adversely affected and although we could have claimed, we didn’t think we needed it,” Ms Colville explains.

They have seen both an increase in footfall to their farm and also doorstep sales.

However, there were challenges in December when they had to temporarily halt sales due to an outbreak of Covid-19 at the abattoir where they slaughter their lambs.

“It was difficult for us because business had to slow down and the money wasn’t trickling in,” says Ms Colville.

They would love to sell from farmers’ market but don’t feel confident doing that as yet. “If we got poorly through that, then who would look after the farm?” she adds.

For dairy, it allowed some surplus supply from the hospitality sector to be directed to retail.

To stay afloat, farmers have had to think out of the box and invest in their businesses. 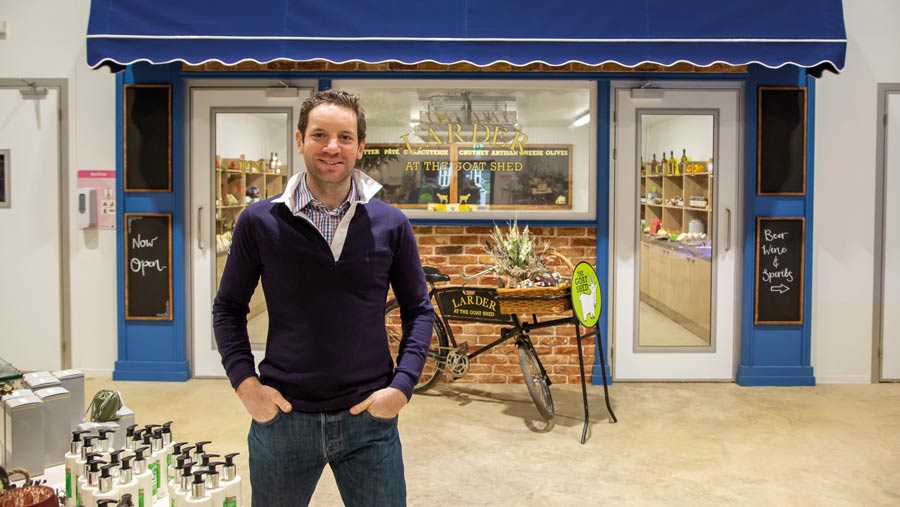 In Norfolk, farmer Sam Steggles invested £250,000 in a bigger farm shop to meet soaring demand for local food during the pandemic.

Investing so much in the venture had been a huge leap of faith, admits Mr Steggles. But he says he was left with little choice after orders for his artisan goats’ cheese and bookings for the farm’s holiday cottages stopped overnight.

“It was almost a case of sink or swim,” he tells Farmers Weekly. “We had no other income streams – they had all but dried up. So, we concentrated on the shop and it has been great fun doing it – it’s nice to be able to give people what they want.”

But the biggest factor was having a great team of employees. “We have built a whole new business on the back of Covid-19 – and we’ve taken on four or five people because of it. The next thing is to open the kitchen and restaurant as soon as we are able.”

Economics aside, charities and support services have reported that Covid-19 stress and isolation have challenged the mental health and wellbeing of farmers.

Key sources of support for rural communities – friends in the pub, agricultural shows, on-farm demonstrations – have been unavailable for a year, heightening feelings of isolation and loneliness, says Kate Miles, charity manager at the Pembrokeshire-based charity DPJ Foundation.

Farm life is naturally socially distanced, but isolation and loneliness have been key themes for people accessing support from the charity’s Share The Load initiative, she says.

With exercise permitted under government restrictions, farms with public footpaths crossing their land have found themselves under siege.

Damage to farmland and property caused by the influx has even prompted Natural England to consider updating the Countryside Code.

With another surge in domestic tourism expected this summer, that new guidance can’t come soon enough for farmers in holiday regions.

Some habits formed during the pandemic that have been beneficial to agriculture will endure, while others will quickly fade, one farm business consultant predicts.

Michael Mack, who runs the Rural Consultant business in Norfolk, which specialises in farm diversification and succession planning, foresees massive changes to how people access goods and services going forward.

Domestic tourism will ride the post-Covid wave for two years before travellers revert to their previous holiday habits, so new on-farm business ideas should be considered with care and knee-jerk reactions avoided, Mr Mack recommends.

“Farmers contemplating taking advantage of the 28-day rule to establish a campsite in the summer shouldn’t do so to cash in on tourism in the short term because, as with all ideas that are rushed, they won’t do it that well and it will take their eye off the main farm business.”

But some changes in habits will be long term, such as the switch to buying produce direct from farms, Mr Mack suggests. “Farm shops have done well out of Covid and have had time to build relationships – those should endure.”

Covid may also result in generational shifts in farming businesses, he adds.

“How people look at the world has changed, the older generation who might have carried on doing bits and pieces on the farm might now choose to step back.”