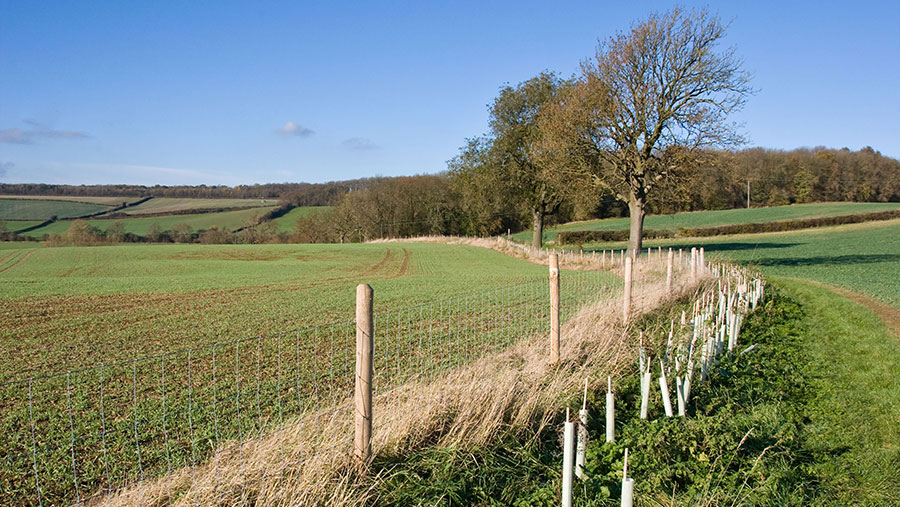 Woodland creation options under Countryside Stewardship (CS) are “not fit for purpose”, an influential committee of MPs has concluded.

The report notes that just 700ha of woodland was created in England in 2015-16, claiming that “poor administration of the grant scheme is acting as a barrier”.

This is jeopardising the UK’s chances of improving its self-sufficiency in timber, especially for softwood.

“The ambition to have 12% woodland cover – only a third of the EU average – in England by 2060 will not be achieved without a fundamental change,” it says.

Drawing on data from the Forestry Commission, the report reveals that just 10% of the total land area of England is wooded, rising to 15% in Wales and 18% in Scotland. This compares with 38% for the EU as a whole.

To achieve the government’s 2060 target for England, some 5,000ha a year will need to be planted – and that can only be achieved by offering a properly funded, less bureaucratic incentive scheme.

Under the current CS, landowners have to deal with three agencies – Natural England, the Rural Payments Agency and the Forestry Commission – to deliver on the programme.

That needs to be simplified, says the report.

“The period between now and the UK leaving the European Union is a golden opportunity for the government to rethink the delivery of forestry grants and to prepare to reintroduce a one-stop shop for forestry grants,” said Efra committee chairman, Neil Parish.

“Forestry must not be forgotten in a future British Agricultural Policy.”

The Country Land and Business Association (CLA) has welcomed the report, which it says recognises the importance of forestry to the environment and the economy.

Mike Seville, forestry adviser at the CLA, has said: “We are pleased to see that the committee has added its voice to ours in calling for the streamlining of funding bodies for forestry.

“We support the view that a single administrative body would be better able to ensure that woodland across England is managed to the UK Forestry Standard.”