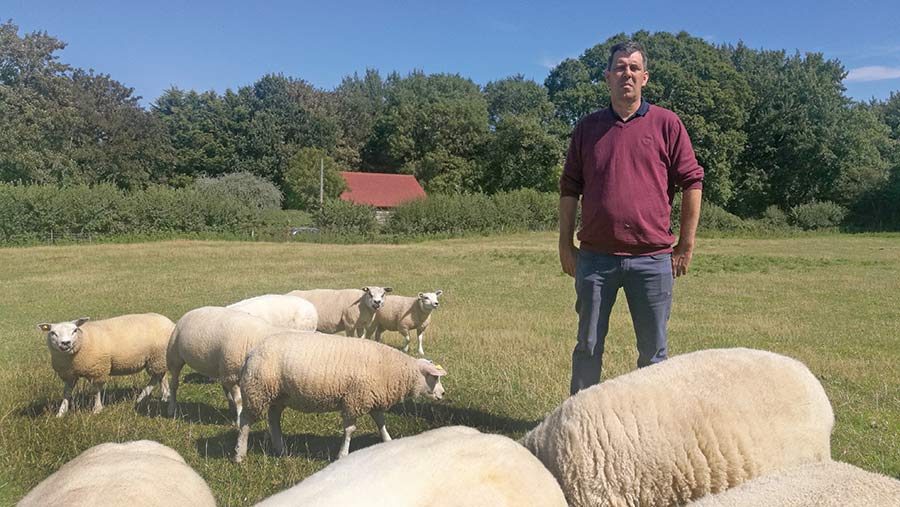 A Dorset sheep farmer has told of the emotional toll of being targeted by a militant vegan activist who branded him and his wife “murderers” and “animal abusers”.

Mrs Christoforakis was sentenced in court on Friday 23 August having been previously found guilty of harassment without violence, contrary to the Protection From Harassment Act 1997.

She had denied any wrong-doing.

Magistrates handed Mrs Christoforakis a two-year restraining order and ordered her not to contact John or Karen Wood, either directly or indirectly, including via social media.

She must also not go within 200 yards of the Woods’ farm.

The mother-of-three, 37, was given an 18-month conditional discharge and was told by presiding magistrate Caroline Foster to expect a more severe penalty if she harassed Mr and Mrs Wood again.

She also ordered her to pay John Wood £400 compensation, court costs of £620 and a victim surcharge of £20.

He said she had turned up uninvited at Mr Wood’s home while he was not present, “holding her phone up, apparently recording” as she approached the gate.

Mr Oakley said: “She [Mrs Christoforakis] said she wanted to ask him [Mr Wood] questions about abuse on Facebook.

Farmer John Wood went to Bournemouth in March 2018 to promote his “Meat & Greet British Farming” Facebook group, which he had started to help educate the public about British farming.

He said he created the group to dispel lies being told by animal rights activists.

While he was promoting livestock farming in Bournemouth Square, he said Emma Christoforakis and her colleagues approached him as part of a group and took issue with him.

“From there, they took our photos from our Facebook page and put them on every vegan website going, including in the US.

“We were branded ‘murderers’, ‘animal abusers’ and even worse. We had dozens of calls and no end of threats, including threats to kill.”

Red Tractor-assured beef and sheep farmer Mr Wood said neither he nor anyone in his business had never breached any animal welfare rules.

“Mrs Wood told the children to go inside and was not happy with the defendant being on private property.

On one occasion, Mrs Christoforakis attended a farming event in Bournemouth and was abusive to Mr Wood.

On another, she turned up at a livestock market and asked the organisers if they had ever dealt with him.

in August 2018, Mrs Christoforakis made a Facebook post with Mr and Mrs Wood’s profile picture, calling them “animal abusers”.

In October, she posted a video of sheep being sheared, as part of an animal rights campaign, and commented: “‘We know first-hand how vile sheep farmers are, don’t we? One in Wimborne too’.”

In March, Mr Wood cancelled a lambing open day on police advice for fear of Mrs Christoforakis organising a demonstration.

The event, which is held every year and attracts 2,000 people, raises money for charities including Macmillan Cancer Research.

‘My life has changed’

A victim impact statement from Mr Wood was read out in court.

He said Mrs Christoforakis was an active member of the Animal Liberation Front.

“My day-to-day life has changed,” he said.

“I no longer go to Bournemouth because I don’t want the confrontation.

“I don’t go into Blandford for fear of running into her.

“I have had many sleepless nights. I find myself worrying we will be broken into.

“She has recently been involved in the liberation of farm animals, which is a concern because I am worried we are going to have some lambs stolen.”

Patricia Sheahan, defending, said her client “felt strongly that she had a case to put [forward]” in the trial and she asked magistrates to take this into account when considering costs.

Vegans visited farm to ‘put an end to bullying’

Emma Christoforakis told Farmers Weekly that she decided to visit John Wood’s farm because she wanted to put a stop to online bullying. 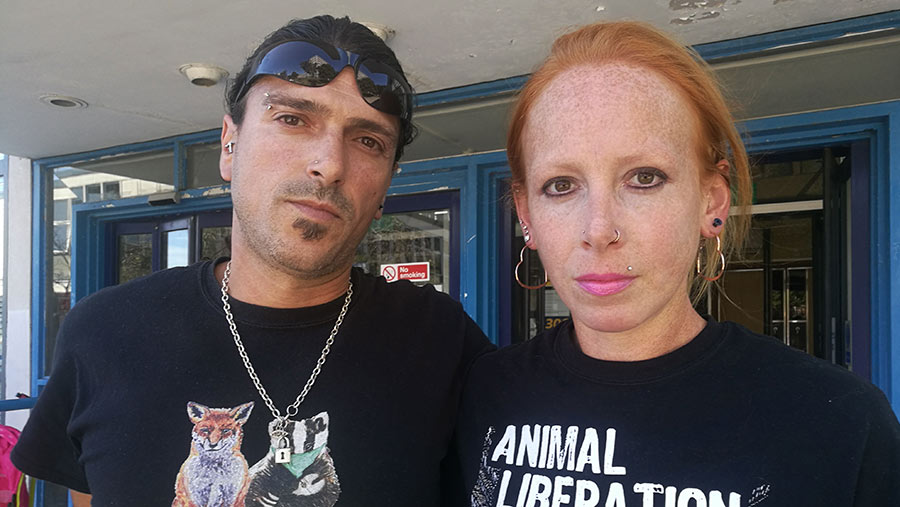 She accused farmers of bullying her on his Facebook group, Meat & Greet British Farming, and said this had to end.

“We are vegans, he’s a farmer. We are never going to get on.

“But we have to draw a line under the social media bullying,” she said.

“They called me all the names under the sun.

“They called me an ugly, anorexic b***h, a nutjob. It got so nasty that I just wanted to go tell him that had to stop.”

Mrs Christoforakis said she would not contact Mr Wood again but would continue campaigning against livestock farming.