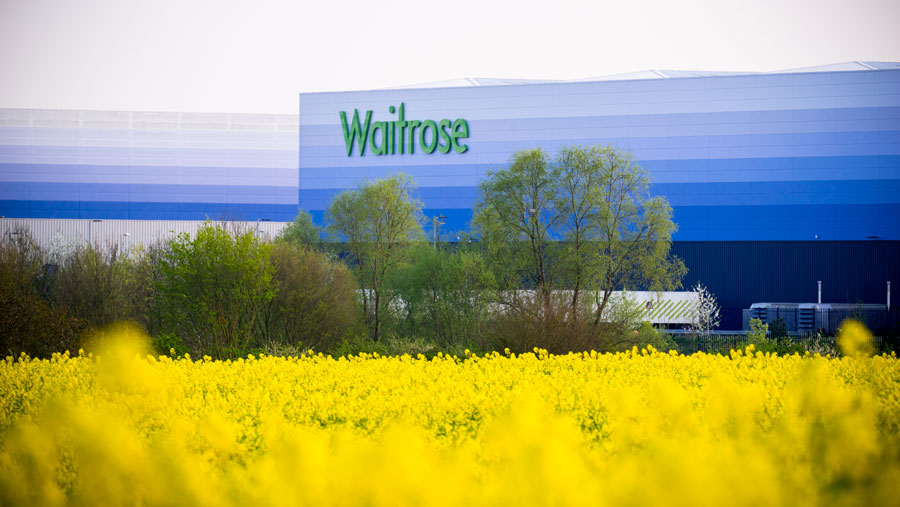 Around 10,000 workers in the UK food supply chain will be exempt from coronavirus self-isolation rules as part of government plans to prevent food shortages.

Daily testing for Covid-19 is being introduced at up to 500 supermarket distribution centres and food supply chain hubs, Defra secretary George Eustice has announced.

The move will exempt food supply workers, such as depot workers and food manufacturers from having to self-isolate if they receive an alert on the NHS Covid 19 app or have been called by Test and Trace.

They will be able to continue working if they test negative. However, the rules will not apply to supermarket store staff.

The UK government said the move to allow daily testing for staff in the food supply chain was being taken “so they can continue their vital work of supplying food for the nation”.

“It seems really strange that they [the government] are only looking at the end of the supply chain, rather than going right back to where the food is produced at a farm level,” he said.

“Because there is plenty of food around, but we’ve got to make sure we can get those crops harvested, packed and distributed along the food supply chain.”

Mr Bradshaw said staff getting “pinged” was putting real pressure on farm production, and also in the packhouses situated on farms.

“Where people are working in close proximity, if one of those members tests positive, then it can take down quite a big group of that team and then it makes it very, very difficult to pack the product which is required to get right the way through the chain to the supermarkets.”

The NPA, which is seeking urgent action from government, says major pork processors are cutting throughput, some by up to 25%, meaning producers are once again having to keep pigs on farm for longer than would usually be the case.

Earlier this week, supermarkets including the Co-op, Sainsbury’s and Iceland said some shelves were bare amid reports of panic-buying from consumers.

I had thought shortages in supermarkets was all media hype, but visit to local Co-op this morning showed several empty shelves. Not seen this since the panic buying days of last March/April. Mostly drinks/freezer aisles so maybe hot weather also to blame. #pingdemic. pic.twitter.com/oQQOuOF5LV

The retailers said they were being affected by “patchy” distribution of some products across stores.

The “pingdemic” has been contributing to a shortage of HGV drivers and the hot weather has also been affecting deliveries, they added.

Earlier this month, the Road Haulage Association (RHA) said the cause of a shortage of some products was due not to a lack of food, but a lack of HGV drivers.

The UK has had too few HGV drivers for years, but the combination of the Covid-19 pandemic, Brexit, and other factors have created a “perfect storm”, RHA managing director Rod McKenzie told BBC News. The RHA estimates that the UK is short of around 100,000 HGV drivers, if it is to ensure that goods “can get to where they’re needed, when they’re needed”.

Following a meeting on Thursday (22 July), the government and supermarket leaders played down fears of shortages, insisting problems were not widespread.

Defra secretary George Eustice said: “Food businesses across the country have been the hidden heroes of the pandemic. We are working closely with industry to allow staff to go about their essential work safely with daily testing.

“The past 18 months have demonstrated that we have a highly resilient food supply chain.

“There are sufficient food supplies in the system and people can and should shop as normal.”

In a separate development, workers’ union Unite warned that a beer drought is on the cards as about 1,000 drivers, warehouse staff and others, who deliver brands such as Heineken, are being balloted for industrial action over a “paltry” pay offer.

The workers, employed by XPO Logistics Drinks, are based at 26 sites and are responsible for about 40% of beer deliveries across the UK.

Unite will start balloting its members from Wednesday (28 July) for strike action and industrial action short of a strike over the company’s offer of 1.4% for 2021, which is well below the RPI inflation rate of 3.9%. The ballot closes on Monday 9 August.