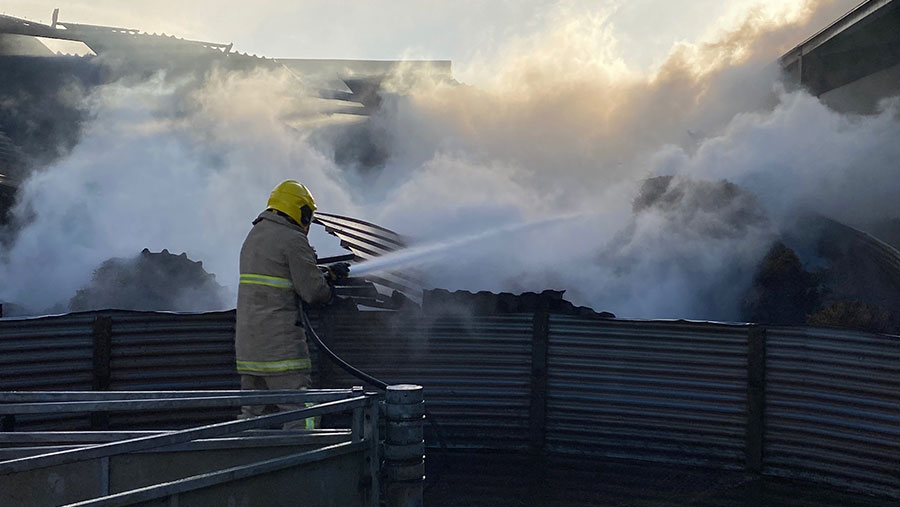 Firefighters helped move 160 cows to safety after a fire blazed through a barn full of hay on a farm in Cumbria.

Six fire engines battled to extinguish the fire which started early on Monday morning (4 January) near Temple Sowerby and engulfed more than 100t of hay and straw.

Crews were on the scene for more than six hours. The blaze was caused by farm machinery within the barn, Cumbria Fire and Rescue Service said.

No one was hurt in the incident but pictures taken at the scene show the significant damage the fire caused. 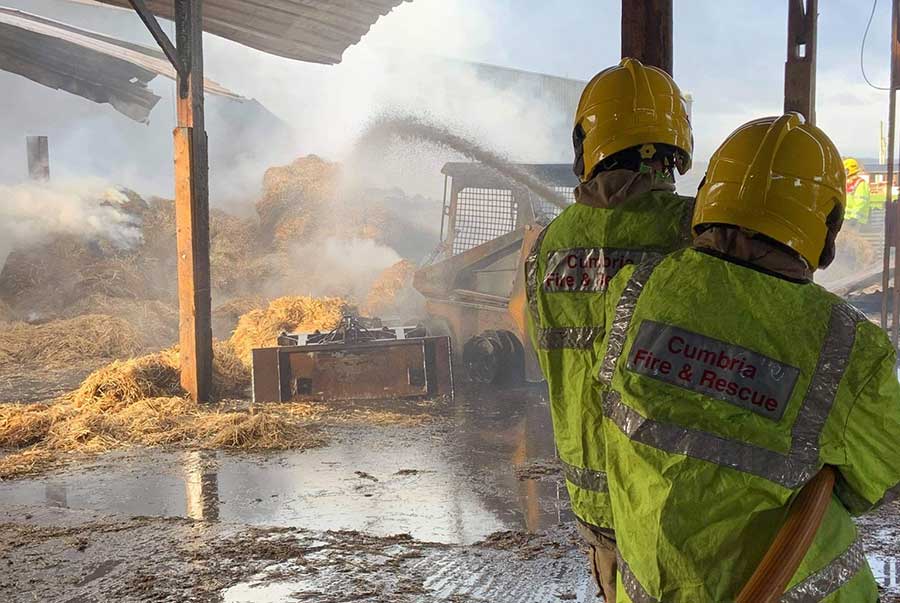 A spokesman for Cumbria Fire and Rescue Service said: “At 08:34 on 4 January 2021, six fire engines along with supporting appliances attended a fire off the main road through Temple Sowerby to a fire involving a large barn which contained straw, hay and farm machinery.

“Crews assisted with moving 160 cows to a place of safety. Firefighters used a water bowser, four main jets, a hose reel and two breathing apparatus to extinguish the fire and remained in attendance for over six hours.”