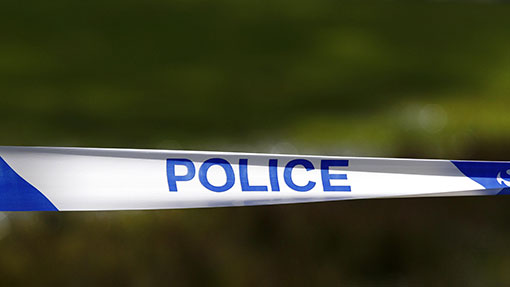 Police marksmen shot dead two cows after they escaped from a livestock market and went on the run in Norwich.

Emergency services were called after concerned members of the public reported seeing one of the cows on the loose on the A140 Ipswich Road in Norwich at 5pm on Saturday (11 October). The other cow was seen nearby.

Police closed the road while they attempted to remove the cows from the highway.

Local reports said that the cows escaped from Norwich Livestock Market after they were being loaded on to a lorry by their owner.

Officers tracked down the cows in Danby Wood, a local nature reserve located in Norwich. The search was hampered by thunderstorms and a huge lightning strike.

But after consulting with the farmer, police decided to shoot both cows. Two gunshots were heard ringing out from the wooded area at about 7pm on Saturday.

The police force released a further tweet saying roads remained closed in the area while attempts were being made to locate a third escaped cow.

The third cow was found shot dead around midnight in Danby Wood, which borders Marston Lane on the A140. Police have not yet confirmed how the cow died.

A Norfolk Police spokesman said: “Police received reports from members of the public of a cow loose on the A140 Ipswich Road in Norwich, near the Holiday Inn, at about 5pm on Saturday, 10 October.

“A short while later it was established that a further two cows were also free in the road.

“To manage the situation and in the interest of public safety considering the large volume of traffic in the area, a stretch of Ipswich Road between Locksley Road and Hall Road was closed while officers attempted to safely retrieve the animals. Marston Lane was also closed.

“Despite the best efforts of police officers, and in fading light, they were unable to calm the creatures, which were becoming increasingly distressed and erratic in their behaviour.

“Two of the cows were located in a wooded area. Once police had consulted with the farmer who owned the animals, the pair were destroyed by trained firearms officers.”

Student Joe Copson, 20, who was travelling in a car, recorded video footage of one of the escaped cows running across the road.

It is the second police shooting incident in just over a month involving an escaped bovine.

Last month, police snipers shot dead an escaped bull in North Yorkshire after attempts to catch it failed and the bull strayed on to the road, endangering public safety.