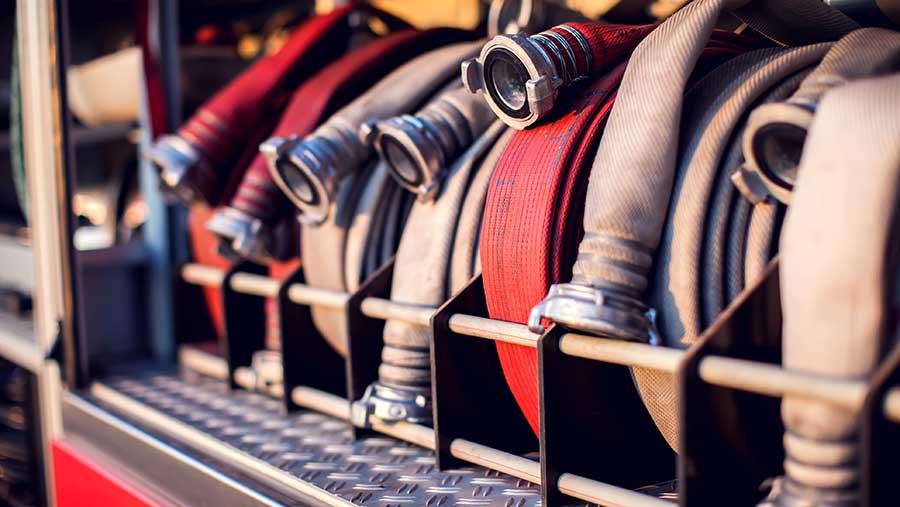 A huge barn fire started deliberately on a farm in Somerset has incinerated 300t of hay and farm equipment.

The fire broke out late on Friday evening (19 February) at a farm in Creech St Michael and the barn and its contents were completely destroyed. No one was injured.

At its height, six fire engines were on the scene. Devon and Somerset Fire and Rescue Service sent crews from Taunton, Bridgewater and Wellington, and further support arrived from Ilminster.

The huge blaze was brought under control early on Saturday morning (20 February).

A spokesman for Devon and Somerset Fire and Rescue Service said: “This was an agricultural building which contained 300 tonnes of hay and farm equipment. The barn and contents were 100% destroyed by fire.

“Crews extinguished the fire using two breathing apparatus, one hose reel jet, one covering jet, one CAFS branch and a thermal imaging camera. A crew remain on scene for monitoring at this time.”

Avon and Somerset Police is appealing for witnesses. Anyone with information should call 101 and quote reference number 5221036886.

In a separate arson incident in Somerset yesterday (21 February), a quick-thinking farmer helped fire crews from Bridgewater and Burnham-on-Sea prevent a deliberately-lit fire from engulfing his main barn.

The farmer used his tractor to help crews knock back the straw fire at the farm on Bell Lane, Bridgewater. Firefighters were able to drag out the hay and extinguish the blaze.

Devon and Somerset Fire and Rescue Service said the cause of the fire was deliberate ignition and police had been informed.