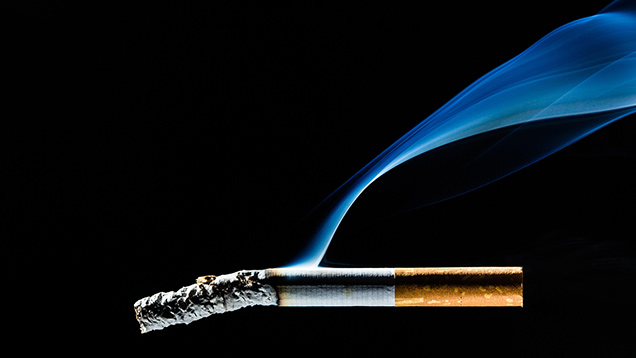 A contractor could be facing a £1,000 fine for breaching anti-smoking laws after one of his tractor drivers was spotted having a cigarette in the cab.

The driver had pulled over to the side of the road in County Antrim, Northern Ireland, when a council official saw him and reported him.

The notice served by the tobacco control officer of Antrim and Newtownabbey Council claims the driver was “observed smoking in a commercial vehicle capable of carrying more than one person”.

This was deemed to break smoking in the workplace regulations – and the contractor company boss and owner of the tractor has been ordered to give the name of the person smoking or face a fine of up to £1,000.

The contractor’s name has not been released.

But a warning has been issued to all farmers and tractor drivers highlighting the case and the fact they cannot escape red tape even when parked off the road.

Mr Bell said: “At one level this is a bizarre and even funny example of excessive red tape, defining a tractor as capable of carrying more than one person.

“It is difficult to understand that in the same month we are being told the public sector has insufficient funds to improve road safety by cutting back hedges and verges in rural areas – yet a local council can afford someone to watch a tractor parked safely off the public road.

He added: “Regardless of where you stand on smoking, in tough financial times it is justifiable to ask whether this is the best possible use of time and money.”

The notice was served on a UFU member, detailing the registration number of the tractor, setting out the time and location and warning of potential fines – complete with a two-page form to disclose full details of the tractor, the person driving it and the tax status of what was very clearly a John Deere agricultural tractor.