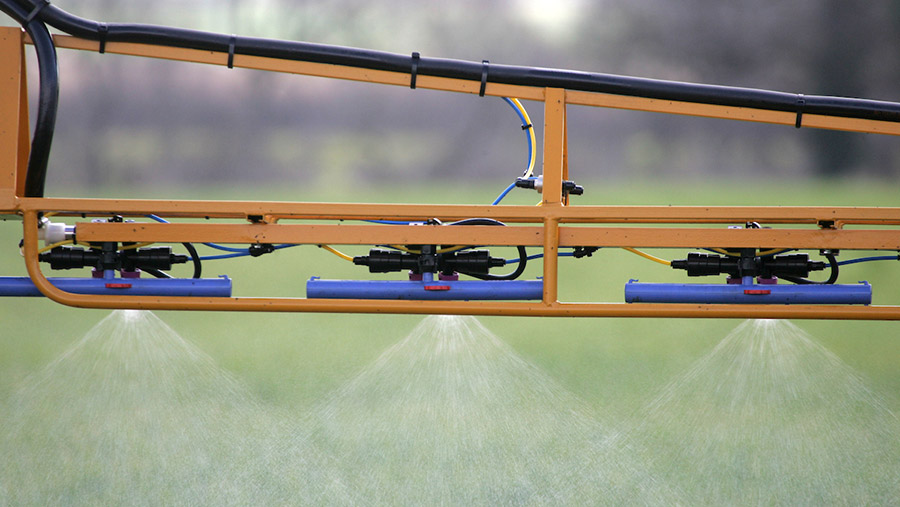 Farmers and growers are being warned to expect a rise in the trade of illicit and counterfeit pesticides post Brexit.

In the first five months of this year, Europol reported a record rise in the illegal trade of counterfeit, unapproved or banned pesticides, with 1,400t of illegal, fake products worth £84m removed from the EU market.

When diluted, this is equivalent to filling 458 Olympic-sized swimming pools.

Authorities say a proportion of this haul is finding its way into the UK through the parallel imports system.

Organised crime groups have established links to the Far East and they can meet these spikes in demand in a way that the normal market can’t.

He said money made from this “high-profit, low-risk” crime is often used to fund larger criminal activities, such as people trafficking.

Some farmers may not even realise they are using illegal pesticides, he explained, but they are frequently forced to buy from alternative vendors – often abroad, or online – due to supply issues within the legitimate UK market during extreme weather events, for example.

“This is about farmers who are in a situation where they need a particular key product at a particular point in time, but the legitimate market can’t supply it,” added Dr Sambrook, a senior lecturer and rural criminologist at Buckinghamshire New University.

“I must stress that farmers are the victims here – not the crimimals,” said Dr Sambrook.

“We have never, ever come across a farmer who has tried to save money buying a counterfeit. The point here is when farmers are under a lot of pressure, they can turn to the parallel product. It is at that point that the risk is at a maximum.

“If there is a shortage of a product and a farmer does source an alternative, look really hard before you use it. It is as simple as that.”

Dr Sambrook said one farmer had confided in him that he had unknowingly been sold a fake pesticide and had used it on his crops, which had been bleached.

He added: “As well as being potentially ineffective, they may contain ingredients that can cause damage to crops, to the environment, and even to human health. Some of the ingredients used in these products are known to be carcinogenic.”

EU rules currently dictate what pesticides are allowed to be used in the UK, but use and import rules may change and may present additional opportunities for organised crime groups involved in the trade.

But Defra has been clear that it “will not compromise on our high food and environmental standards and… will only permit the use of pesticides where robust scientific assessment shows they will not cause any harm to people or the environment”.

The Countryfile episode on counterfeit pesticides within UK farms attracted a strong reaction from farmers.

Berkshire farmer Colin Rayner said on his Twitter account (@farmerrayner) that he had concerns about claims of widespread use of illegal chemicals on UK farms and that farmers were pouring illegal chemicals into watercourses.

Mr Rayner, a director at J Rayner & Sons, who runs an 810ha farm near Windsor, asked: “How many farmers have been prosecuted in the past five years for using counterfeit chemicals?”

Yorkshire farmer Phil Rowbottom said on his Twitter account (@golfnshoot) that he had never been offered or used illegal agrochemicals.

The programme “had not done our ailing industry any favours again,” he added.