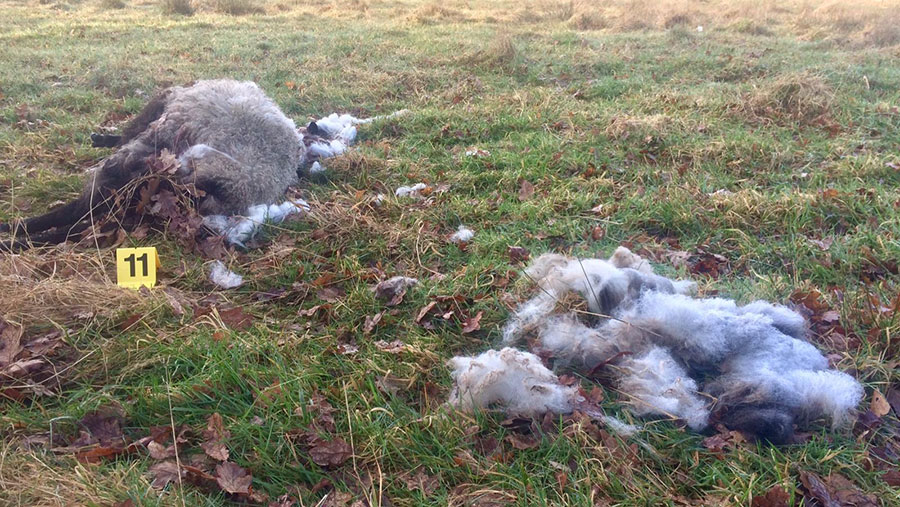 Police believe 11 sheep killed at a farm in Staffordshire could have been attacked by a dog.

The attack happened between 6pm on Thursday 6 February and 7.40am on Friday 7 February in a field off Long Lane, Essington.

DNA samples from the wounds of the sheep have been sent to a specialist team in Scotland for analysis. The injuries suggest the sheep were killed by a dog, the police said.

Chief Insp Ash Farrington said: “Livestock are part of farmers’ livelihood and harm to them can be very upsetting and also have financial implications.

“Dog owners are reminded to be vigilant when walking their dog(s) near livestock as lambing season approaches. Always make sure it’s on a lead and under control. If using an extendable lead, make sure you keep it short so the dog is by your side.

“A dog doesn’t have to kill sheep, or even chase them, for its owner to be committing an offence. Letting a dog roam loose in an area where there are sheep can cause them stress and have health implications for their lambs.

“In some circumstances, farmers and livestock owners are entitled to shoot dogs that are loose among their animals.”

Anyone with any information is asked to contact police on 101, quoting incident 124 of 7 February, or call Crimestoppers anonymously on 0800 555111.

In a separate incident,  a farmer in south Armagh had sheep and lambs killed by a dog on Wednesday 5 February. They were found the following morning in their field near Belleeks.

Farmers who are a victim of sheep worrying should try to preserve attacked livestock for forensic examination.

This can secure key evidence to identify dogs involved. If it is raining or wet, cover carcasses with waterproof material to obtain the best evidence.

Take pictures or videos of the attacked livestock or the whole scene, as well as eartag numbers, to provide to the police.