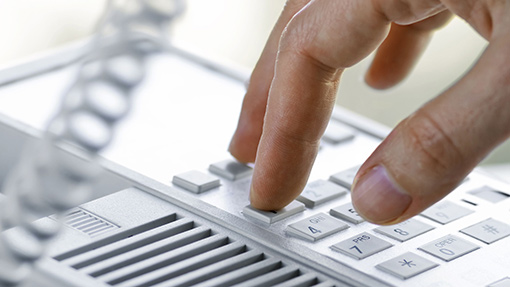 A farmer in North Yorkshire has been conned out of his life savings by telephone bank scammers.

North Yorkshire Police has issued a fresh warning after five farms in the Selby district were called by men claiming to be part of a ban fraud investigation team.

The fraudsters posed as bank officials in an attempt to make account holders transfer large amounts of money into what they claimed were “safe accounts”.

On each occasion the suspects called the victim and claimed that someone had attempted to cash a cheque on their account for £11,500.

They then asked the farmer to call the number on the back of their bank card and unbeknown to the victim, held the phone line open, resulting in them believing they were calling their bank, when in fact, they were speaking to the fraudsters.

In one incident, the victim was passed around several male “call handlers” who claimed they were investigating the fraud and that the victim’s other bank accounts were not safe.

They managed to con the victim into transferring a large amount of money into their scam account which they claimed was “safe”.

In another case, the victim became suspicious and stopped the phone call before transferring any money. However, another victim sadly lost their entire life savings.

Police are warning bank customers not to be taken in by anyone asking them to transfer money, calling them out of the blue, or asking them to make a phone call to their bank.

Detective Constable Amanda Bostwick of Selby CID said: “The suspects in these cases are very convincing and knew who the customers banked with and in some cases, how much they had in their accounts.

“We strongly advise anyone who receives such a call not to engage with the caller, put the phone down and to call their bank in the usual way.

“Always take care that the line is clear before you make a call. If it is convenient, call in person at your bank to discuss your account if you are worried.”