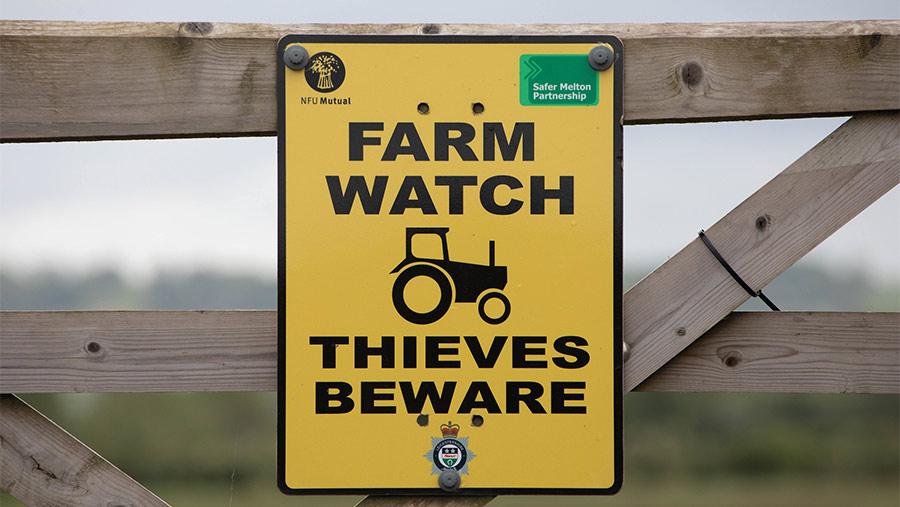 More police forces are now dedicating teams of officers to try to turn the tide against criminals stalking the countryside.

The teams are tasked with catching fly-tippers, livestock rustlers, tractor and quad bike thieves, hare coursers and vandals who are committing rural crimes estimated to cost the UK about £50m/year.

Analysis by the Country Land and Business Association (CLA) carried out last year found 23 of the 38 rural police forces in England and Wales had a dedicated rural crime team in place. Six had a team partially in place and nine had no dedicated team in place.

Sussex Police is the latest force to have created a rural crime taskforce since the CLA’s report, and other forces have upgraded their rural teams following the analysis in April 2019.

The new team in Sussex, working from bases in Midhurst and Heathfield, is a modern example of how police are now tackling rural crime.

“We want to encourage reporting of rural crimes on 101 or 999 in an emergency, because with this insight, we are able to deploy the team to where they are most needed to protect the most vulnerable,” says Ch Insp Steve Biglands, Sussex Police’s rural crime lead.

The team’s creation follows four years of lobbying by the NFU for greater police resources to help farmers in East and West Sussex. “We’ve had the advantage of seeing how other police forces around the country manage rural policing and the model adopted is one advocated by the NFU,” Sussex adviser Romy Jackson says.

West Sussex NFU chairman Mark Chandler put the new team through its paces on his farm in Petworth, to help prepare them for the incidents they will be dealing with.

Mr Chandler has repeatedly called for a dedicated rural crime team. He was targeted by thieves earlier this year, who stole high-value GPS kit from three farms in West Sussex. 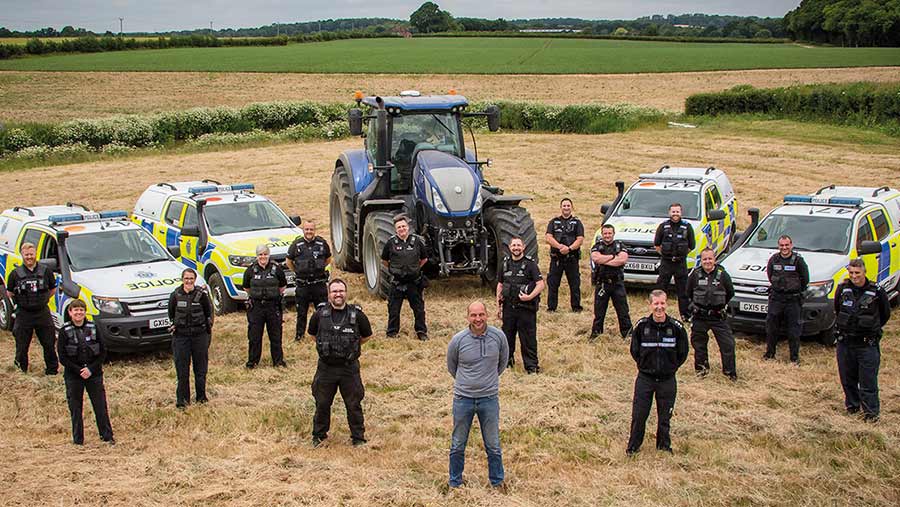 “There are many different types of crime that farmers experience and it was good to explain some of the worst issues we face and how we might deal with these. Rural crime can be tackled effectively if we all work together,” Mr Chandler says.

The officers spent time learning to recognise the various types of rural crime while hearing about detection and deterrence. Tractor and quad bike theft, livestock worrying and hare coursing remain three of the big threats to farmers and these were among the topics covered.

North Wales Police was one of the first forces to establish a specialised rural crime team back in 2013, consisting of manager Rob Taylor, four PCs and three PCSOs.

A large proportion of the region is rural, so a dedicated team of officers means the focus is on tackling specific criminality affecting those areas. The team is very active on social media, using its Twitter account (@NWPRuralCrime) to engage with its community and educate people on how it polices the countryside.

This includes wildlife and environmental crime. New statistics show that reported wildlife offences in North Wales dropped from 337 in 2008 to 32 in 2019. It represents a 90% decrease and the force said it was on track to record an even lower total for 2020.

A three-year Rural Affairs Strategy (PDF), published by the National Police Chiefs’ Council in 2018, sets out the priorities for police forces across the country in fighting rural crime.

Initial analysis found a varied approach by forces to resourcing the policing of rural communities, ranging from dedicated rural crime teams, such as in Sussex and North Wales, to “treating rural crime as business as usual”.

The force does not have a dedicated rural crime team, instead using neighbourhood policing teams as the primary tool to tackle rural crime.

In June, police and crime commissioner for South Yorkshire, Alan Billings, launched a rural crime survey, to allow the public to raise any concerns while the coronavirus pandemic limits face-to-face meetings.

The force says it is already addressing several issues raised by rural residents over the past 18 months, and the survey results will help it decide how to tackle rural crime in the future.

“While we do not have a force-wide rural crime team, we have hugely dedicated neighbourhood teams that have great relationships with the communities they serve. They are then supported by other force resources where possible, to tackle crimes affecting rural parts of our patch,” a force spokesperson says.

“Many of our officers have developed specialist knowledge from working alongside local residents and through training.”

Tenant farmer Nick Grayson has been plagued by rural crime since he took on land for livestock and crops near Rotherham in South Yorkshire in 2013.

The farmer says police are spread too thinly across rural areas to keep on top of increasingly brazen criminals.

Mr Grayson, 31, has had two Ifor Williams trailers stolen – one he managed to get back after seeing it advertised for sale on Facebook – and countless incidents of fly-tipping over the years.

In one incident, old silage bales he put out to deter tippers were set on fire. The farmer said he has spent about £6,000 on security, including CCTV. “I think the police are underfunded and short-staffed, meaning they haven’t got enough bodies on the ground to stretch themselves over such a wide area.

“The crime is now more organised. Where it used to be diesel and scrap being taken, now it is more expensive machinery that is shipped out of the country.”

In the most recent incident, Mr Grayson’s two Rhodesian Ridgeback guard dogs scared off a group of men who were snooping around his yard at night.

“The most worrying thing about that was that is the closest anyone has been to the house, where my wife and two young boys are.” According to insurer NFU Mutual, claims totalling £675,175 were made for rural crime incidents in South Yorkshire in 2018.

In Scotland, the Scottish Partnership Against Rural Crime (Sparc) is having a positive effect and proving how useful a dedicated taskforce can be for tackling rural crime.

“From 1 April to 30 June, compared with the same period last year, we had a 39% reduction in rural theft across Scotland. But what was really interesting was an 114% increase in the amount of farm and plant machinery recovered,” says Insp Alan Dron, Police Scotland’s national rural crime co-ordinator.

Sparc, an umbrella group of 16 organisations, including police, insurers and farming unions, launched a three-year strategy last year to combat rural crime. Each organisation is focusing on a different area.

Rebecca Davidson, rural affairs specialist at NFU Mutual, says the total value recovered by the force between April and June was £329,000, thanks to shared intelligence and greater use of tracking devices.

“There are beacons of light and we find that when farmers and the local community work closely with dedicated rural crime teams, or even as part of an active Farmwatch group with local neighbourhood policing, it makes a significant difference in their area.”

Insp Dron says farmers engaging with police and reporting all crimes or any suspicious activity is vital to help them catch crooks, as more highly organised criminal gangs are quickly shifting high-value equipment and machinery out of the country.

Police Scotland works with nearby forces, including Durham and Northumbria, to try to suffocate the supply lines criminals use. Recent work includes tracking a gang moving stolen goods to Bulgaria.

Police Service of Northern Ireland (PSNI) does not have a dedicated crime team. Officers in local districts work with their community, as well as partner agencies such as the Ulster Farmers’ Union, to combat rural crime.

“Many have completed the ongoing training course offered by our colleagues from the NI Department of Agriculture Environment and Rural Affairs, and put this knowledge to good use in a bid to combat rural crime on a daily basis,” says Supt Brian Kee, PSNI’s service lead for rural and wildlife crime.

“Analysts provide data that is used to inform policing activity and to help ensure our limited resources are properly directed to where and when they are needed most.”