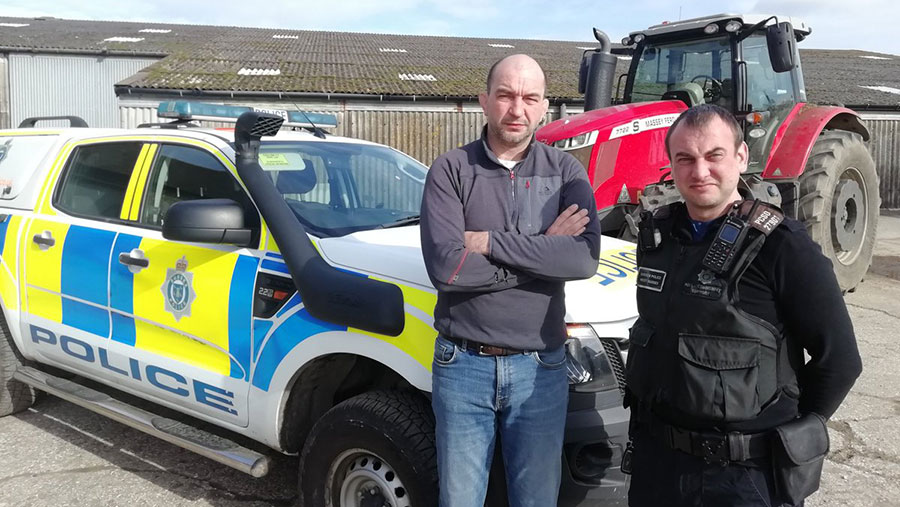 A gang of organised criminals is being hunted by police over high-value thefts of GPS kit on farms in West Sussex.

Thieves have raided three farms and one tractor dealership in the county and made off with kit worth an estimated £131,000.

All the thefts took place within a 15-mile radius over a seven-day period since 24 February.

In total, 25 tractors have been broken into – most with a single-use key – but some have had their locks drilled out.

Ten GPS receivers, 29 screens and one multi-use screen have been stolen.

Farmers say the loss of earnings and time to repair the tractors, including labour, will cost them an extra £70,000.

West Sussex NFU chairman Mark Chandler, from Moor Farm, Petworth, was one of the farmers targeted.

He told Farmers Weekly: “This is a really concerning spate of thefts, probably carried out by a gang that is then moving the kit abroad.

“Our neighbours and friends are also getting done over and we are wondering what’s next?

“We have been calling for a rural crime police taskforce in West Sussex for three years now – and nothing is happening.

“The cost of the thefts to us is nearly £250,000. If that happened on the high street, police would be throwing all sorts of resource at it.

“But because it’s rural crime, it goes to the PCSOs and they just don’t have the time.”

Sussex Police and crime commissioner Katie Bourne agrees there should be a rural crime taskforce for the county.

But the decision rests with chief constable, Giles York, QPM, who announced on Wednesday 4 March that he would be stepping down.

“We currently have six rural PCSOs, who have been employed since last year.

“They are trying to visit as many farms as they can, but they are totally overwhelmed.

“In West Sussex, 349 police officers are now getting recruited. We need 35 of these in a rural crime team.”

He said: “The thieves just walked in and took the receivers from the top of the cabs by cutting them off.

“They took the screens out of the cabs, which made the tractors immovable. They also took a specialist screen for a trailed sprayer.

“The police need to raise the game, but so do the manufacturers.

“A lot of this equipment you can operate without a password or code.

“If they changed this, it would stop the kit being so attractive to thieves.”

A Sussex Police spokesman said: “We are investigating four incidents in which specialist GPS equipment valued at more than £130,000 altogether, has been stolen from 25 tractors in farming communities in West Sussex since 24 February.

“Our rural crime officers have been in contact with the victims, in Patching, Easebourne, Bosham and Church Norton near Selsey, and an investigation into each of the incidents is ongoing.

Anyone with information about these incidents is asked to contact Sussex Police on 101, quoting serial 451 of 24/02.