A Northamptonshire farming family has been left devastated after discovering a number of their Texel flock had been “professionally” butchered.

Phil Neal, who owns Park End Farming with partner Katie Payne, has spoken out about the horrendous incident and criticised the lack of response from the local police.

Ms Payne discovered the remains of the attack on Monday (8 July) afternoon during her usual stock check on the way back from the school pick-up.

The couple’s eight-year-old and two-year-old were with her at the time. 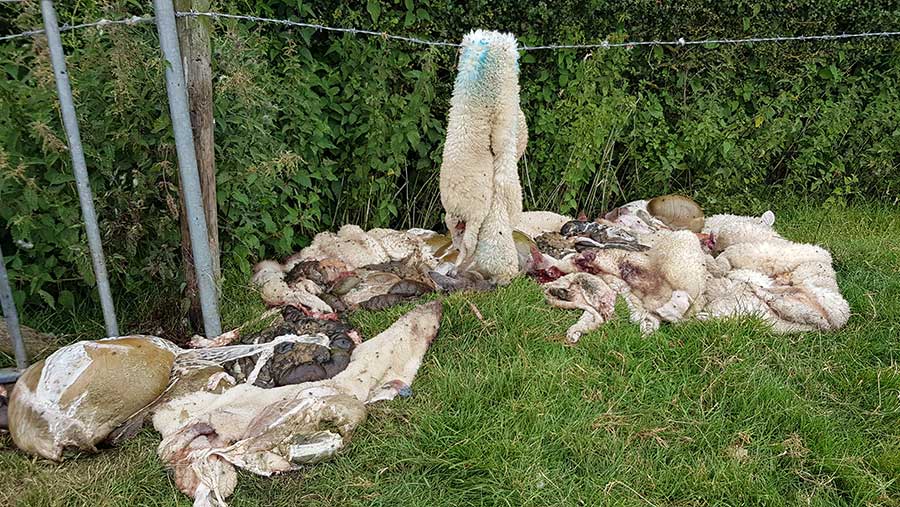 “She practically had a heart attack when she found it,” said Mr Neal.

“This has been professionally done. We have a farm shop and our team of butchers couldn’t have done as good a job.

“This isn’t just a bunch of hillbillies coming in to fill a freezer.

“This is an organised bunch who have planned to do it, and serious stockmen because these were top-quality Texels.”

About 150 of 350 breeding ewes were in the field near Northampton when the incident happened, thought to have taken place during the previous night.

Mr Neal described them as the best of the bunch, due to go through their farm shop to supply local customers.

He believes about 15 sheep were killed in the attack but the count continues to rise as he finds more ewes with their throats slit around the field.

The incident was reported to police, but almost 24 hours later, the team had yet to visit the farm.

“The police said it wasn’t a matter of life or death but I hasten to differ,” said Mr Neal.

“I would like the police to take it far more seriously.

“They took a gate, wired it 10ft in the air and added hooks for hanging lambs – surely there would be fingerprints to help the police catch them, but there has been no interest whatsoever.

“It would be classed as attempted armed robbery if someone had taken a weapon into a garden, and they have murdered my sheep.”

Northamptonshire Police has confirmed an investigation is underway and officers are appealing for anyone who may have seen or heard anything suspicious in the area, or who has any information that may assist the inquiries, to get in touch.

Anyone with information can contact Northamptonshire Police on 101. Information can also be reported anonymously to Crimestoppers on 0800 555 111.

The fourth-generation farmers run sheep, cattle, chickens and pigs over 81ha of the 243ha holding, with the rest put to arable.

A post on the business’ Facebook page read: “Words cannot describe how I feel after all the hard work and love that goes into our stock. Today I feel like giving up.”

It has received 677 comments and 1,400 shares, and Mr Neal said the family were humbled by the level of support people both within and without the local community have shown.

Since January, more than 130 sheep have been professionally butchered in attacks on farms across the Midlands.