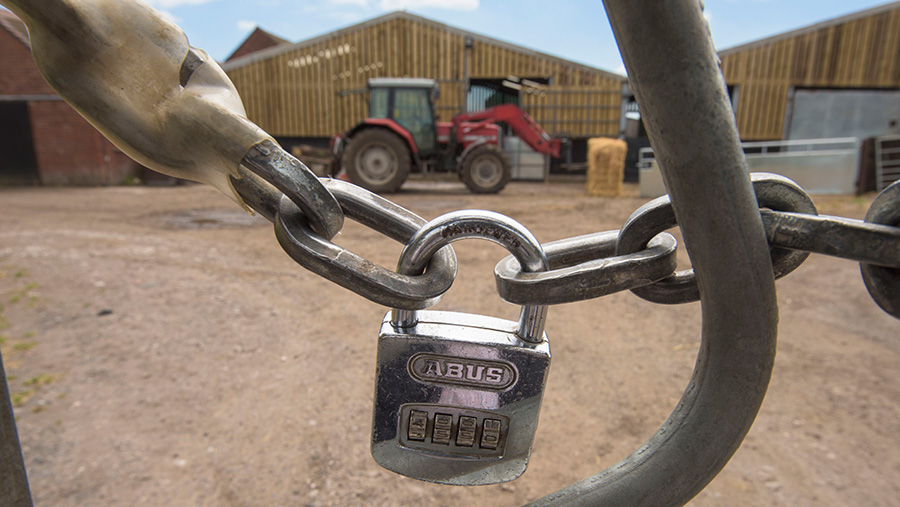 The latest Police Service of Northern Ireland (PSNI) statistics show a 9% increase in agricultural crime, with livestock theft an almost daily problem in some areas.

The Ulster Farmers’ Union said it would continue to press the PSNI for more resources to tackle farm crime.

Farmers reported almost 11 crimes per week to police in 2016, the statistics show.

Figures from NFU Mutual, the biggest farm insurer, also suggest the value of thefts is rising, as thieves target expensive machinery and livestock.

“We can see from them where the problem is worst – Armagh, Banbridge, Craigavon and Newry. In these areas we need the PSNI to respond to these statistics.”

The split between theft in rural and urban areas is a “major cause of concern”, the UFU said.

“Despite much smaller populations and housing density, in many areas rural theft and burglary now account for a third and up to half the crime of this nature,” said Mr Ferguson. “That is simply unacceptable.”

He added that a further frustration for farmers was that when those charged with rural crimes appear before the courts sentences fail to reflect the impact of their crimes.

Meanwhile, cross-border police were involved in a series of raids on farms as part of an investigation into livestock theft.

More than 20 PSNI officers and eight vehicles were involved in the search, in which around 300 cows and sheep were inspected on farms in Armagh and Monaghan.

Officers found no evidence of rustling but they did discover breaches in animal welfare and cattle documentation, including ear tags that did not belong to a herd.