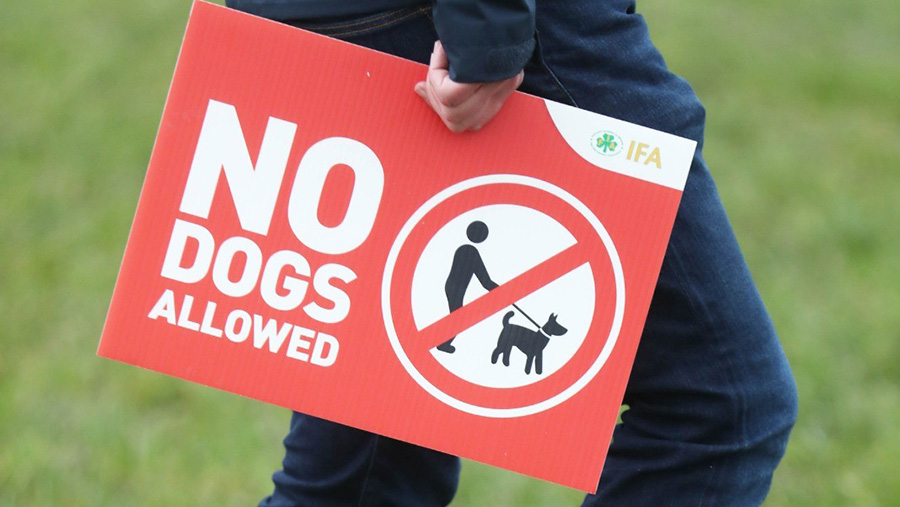 As spring approaches walkers in the UK are being urged to access the countryside responsibly after a campaign was launched in Ireland to prevent dog walkers from entering fields because of increasing dog attacks on livestock.

The Irish Farmers Association (IFA) has launched a nationwide campaign to ban walkers with dogs on their land following an increase in dog attacks on livestock.

Part of the IFA nationwide campaign includes farmers putting up signs “No Dogs Allowed” on farm gates across the country.

In Ireland, permissive rights of way are much more common than in the UK and there are very few public rights of way that are not maintained public roads.

In England and Wales, the majority of farms have some form of public right of way across them and landowners are required by law to keep public footpaths open and useable.

In Scotland, the Land Reform (Scotland) Act 2003 gives everyone a right of responsible access to most land.

Andrew Gillett, chief legal adviser at the Country, Land and Business Association (CLA), urged landowners in the UK to promote responsible access to farmland and ensure there are no obstructions to the public rights of way network.

He said: “Public footpaths cannot just be closed. Blocking them would be obstructing the right of way, which is a criminal offence.

“Livestock worrying is an ongoing problem and lambing is just around the corner.

“Even if the lockdown is eased before April or May, we will still see a lot more people than usual using public access as their ability to go elsewhere is curtailed.

“People should get to know the countryside code, which among other things gives guidance on keeping dogs under control and on a lead, especially near livestock.”

Mr Gillett said landowners who are encountering problems with livestock worrying could consider putting up signs to advise the public to keep dogs on leads.

In extreme cases, they could consider fencing off parts of fields that include livestock.

IFA national sheep chairman Sean Dennehy said the failure of Irish authorities to put appropriate sanctions in place to deal with the irresponsible and reckless behaviour of some dog owners meant the only way to protect ewes that will be lambing in the coming weeks was to stop the threat at source.

“Rather than risk the devastating consequences, farmers have no option but to refuse entry to members of the public, with dogs, to our lands to protect their animals and their livelihoods,” he explained.

“There has been a significant increase in attacks in recent months. The message simply isn’t getting through.

“We also have reports of farmers encountering verbal abuse and intimidation when they remind dog owners of their responsibilities and the dangers of letting their pets off the leash,” he said.

IFA has repeatedly asked the Irish government to put serious resources into microchipping and supply an “adequate” dog warden service, but it says this hasn’t happened.

Mr Dennehy said there must be a national ownership database for all dogs that allows those responsible for them be identified.

He also called for appropriate sanctions to act as a deterrent for those who allow their animals to cause devastation on sheep farms. 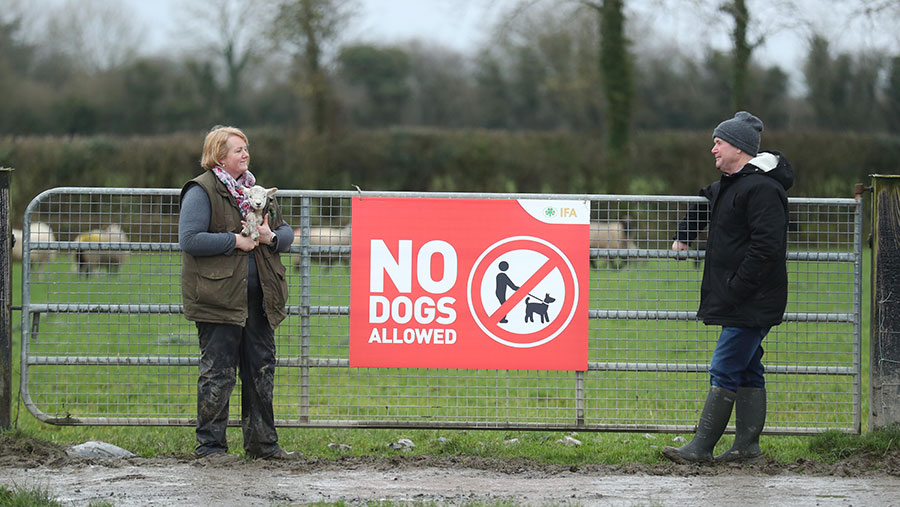 “The injuries inflicted on sheep by dogs are horrific,” said Mr Dennehy.

“Often, those not killed have to be put down due to the extent of their injuries.

“Farmers may be too upset or traumatised to report to the Gardaí what has happened.”

Despite repeated public awareness campaigns, livestock worrying remains a huge problem in the UK and Ireland.

Rural insurer NFU Mutual said last year it paid out £1.3m in claims to farmers whose livestock had been savaged by dogs.