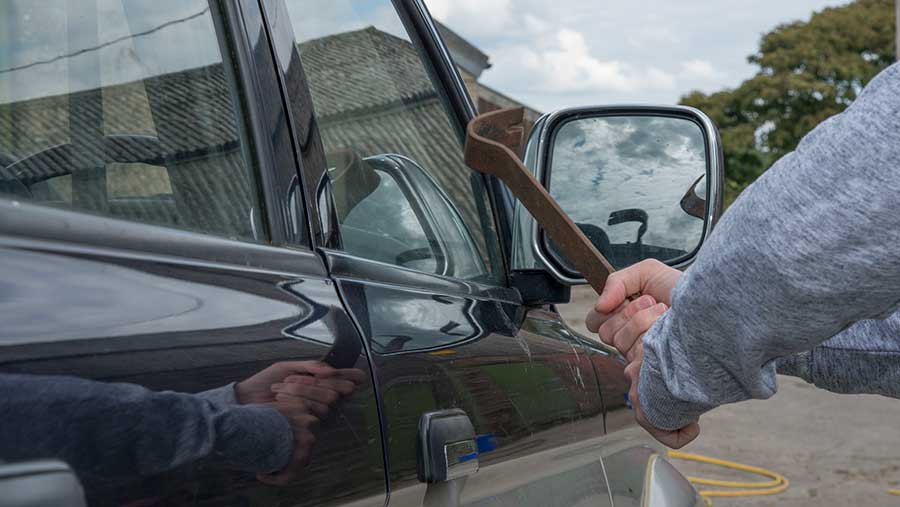 Published by NFU Mutual, the 2018 Rural Crime Report says brazen criminals are responsible for the highest level of rural crime for four years.

Rural crime rose most sharply in Wales, up 41% on the previous year, followed by the Midlands, which is up 32%. The South East has seen a rise of 30%.

Protective animals such as geese, llamas and dogs are being used to provide a useful low-tech alarm system – much as they did hundreds of years ago, he added.

“Faced with repeated and determined attacks from a new breed of brazen thieves, farmers and country people are turning to history books to repurpose security measures from medieval times.”

The report says limited police resources and repeat attacks are the biggest fears for people in rural communities, with many forced to change the way they live and work due to rural crime.

Mr Price said budget cuts and bigger workloads meant police forces were finding it hard to resource rural policing, which may be one of the reasons for the rise in thefts.

“However, social media is fast becoming the new eyes and ears of the countryside, strengthening the community ties that help in the reporting and recording of crime and bringing thieves to justice.”

NFU Mutual has invested more than £1.2m to tackle the menace of rural crime.

For the past seven years, it has funded a specialist agricultural vehicle police officer through the National Vehicle Crime Intelligence Service (NaVCIS).

NFU Mutual is a key stakeholders with the Plant and Agricultural National Intelligence Unit (PANIU), which also aims to combat farm theft.

It also provides support and expert advice to many local farm and rural watch schemes.