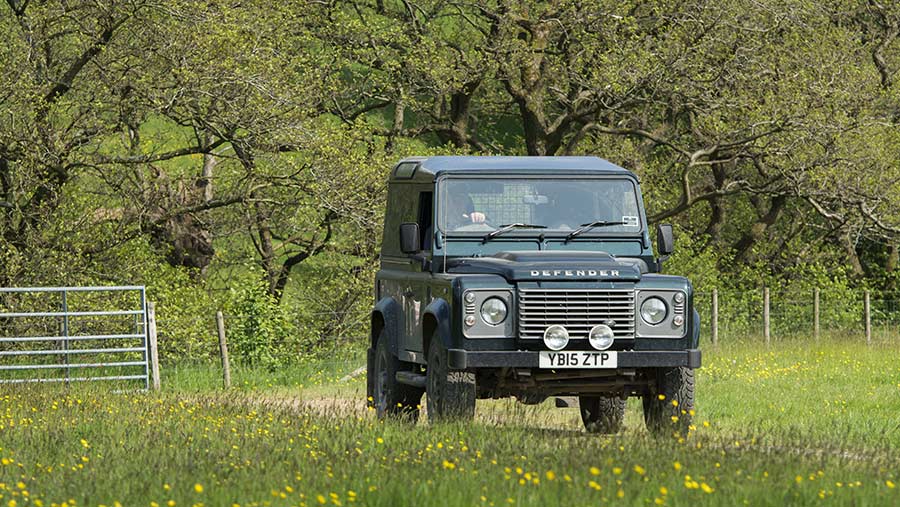 Farmers are being urged to fit tracker devices to their Land Rovers, quad bikes and other farm vehicles to combat rural crime.

The value of fitting a vehicle tracking system has been shown by a recent incident involving two police forces in Yorkshire.

A Land Rover Discovery was taken from a property in Eastby, Skipton, in the early hours of 23 May.

See also: How to stop thieves stealing your Land Rover

The owner had installed a tracker in the vehicle and he reported the theft to North Yorkshire Police at 9am the same day.

He was also able to provide an area near Sowerby Bridge where the vehicle had been abandoned.

Officers contacted colleagues at West Yorkshire Police, who located the vehicle at 10.30am, and recovered it to a secure location for forensic examination.

It was later returned to its rightful owner.

PCSO Sally Breen, from North Yorkshire Police’s Rural Taskforce, said: “It’s important that anyone who owns a Land Rover – particularly if it’s parked in an unpopulated or rural area – to take extra steps to ensure it is left safe and secure.

“It’s much better to spend a bit of time and money now on improving your security than to go through the inconvenience and upset of losing your vehicle to thieves.”

“It is the way forward. If farmers want to keep their assets, they need to take security seriously,” he added.

Mr Harris said fitting trackers to vehicles gives farmers a “fighting chance” of recovering their vehicles, if they are stolen.

“There is some fantastic kit out there that is not expensive. The latest devices are battery operated and can be linked to your mobile phone to make you aware when a vehicle is stolen,” he added.

“It’s about early notification and early recovery. Typically, quads and farm vehicles are stolen and hidden for 24-48 hours.

“Thieves will put them in a place to see if they are fitted with tracking devices. If your vehicle has got a tracker on it, it will be recovered. And because it has been hidden, it’s unlikely to have been significantly damaged.”

Thatcham S7 approved vehicle tracking and security systems are now available to buy for £215+VAT, with annual subscriptions of less than £100.

Meanwhile, police in Shropshire are appealing for help to locate a blue Land Rover Defender, worth about £14,000, which was stolen along with a set of power tools from a farm in Bridgnorth.

The last three digits of the registration of the stolen Land Rover were KMU.