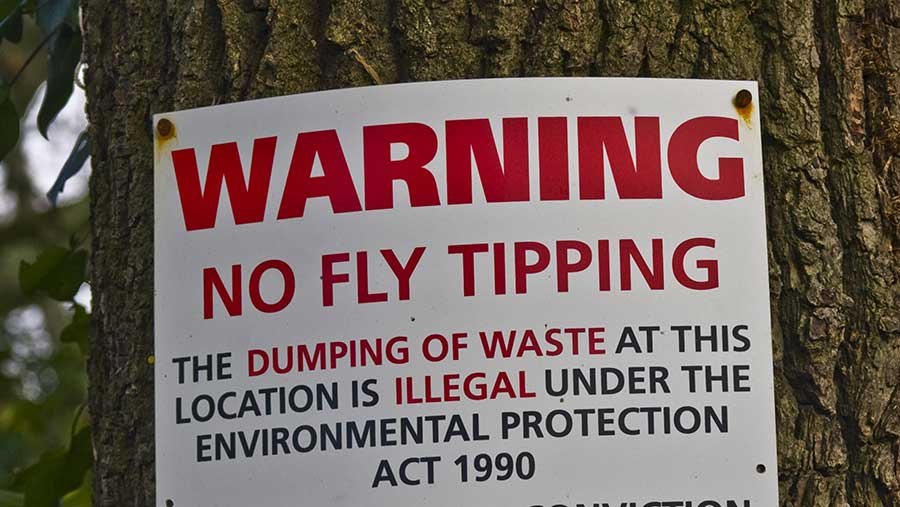 Plans for a road closure to stop fly-tippers targeting the countryside and urban fringe between London and Essex have been deferred.

Earlier this year, Farmers Weekly reported how hundreds of tonnes of rubbish were being illegally dumped in the area, including on farmland.

See also: Revealed: The burden of fly-tipping on farms

In a bid to combat the fly-tippers, who are said to cost £1m in clean-up costs, Havering Council planned to close two roads near Upminster.

But while a scheme to close Sunnings Lane to vehicle traffic was voted through, plans to close Little Gerpins Lane were deferred.

Instead, councillors discussed a possible experimental closure following fears that closing roads could simply see the fly-tippers dump rubbish elsewhere in the borough.

It came after the Forestry Commission, which owns land to the north of Little Gerpins Lane, voiced concern that a staggered road closure could lead to more fly-tipping on its land.

The local Romford Recorder newspaper reports that councillor David Durant commended the council for “trying to design out a local problem”.

But it says councillor Durant said any closures should be reversible, in case fly-tipping simply became worse elsewhere in the borough after the closure.

“A road closure, to my mind, wherever it happens, is draconian because you’re blocking up a right of way,” said councillor Durrant.

“I agree that, if we are going to block off a road, it ought to be at the entrance and exit of that road, not half way in.”

A Havering Council officer said the southern end of Little Gerpins Lane could not be entirely cut off as a farmer used part of the road to access his land.

A motion to defer any decision until the possibility of an experimental closure was examined was passed by nine votes to two.