A quick-thinking farmer thwarted a fly-tipping attempt on his farm by blocking the offender with his sprayer until police arrived.

The farmer spotted the driver of a grey Ford Transit van acting suspiciously on his land.

He used his Bateman sprayer to block the van to stop him escaping and alerted his local police force. 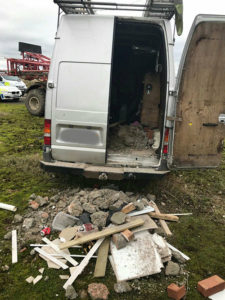 Officers who arrived on the scene found the van was laden with brick, concrete, wood and other building detritus. Some of the materials had spilt on to the farmland.

The incident happened on a farm near Appleton Roebuck, near York.

One local farmer told Farmers Weekly: “Fly-tipping is a nightmare in this area and farmers feel like they are constantly under siege.

“There has been a definite increase in incidents of fly-tipping since local councils started charging money for builders to dispose of waste.

“It was a big problem before, but it’s worse now. Police, councils and the justices need to get together and sort out some tougher penalties and deterrents for fly-tipping.”

“The van driver, who is a local tradesman, has been reported for multiple offences in relation to waste carrying, fly-tipping and no MoT,” the group posted on its Facebook page. 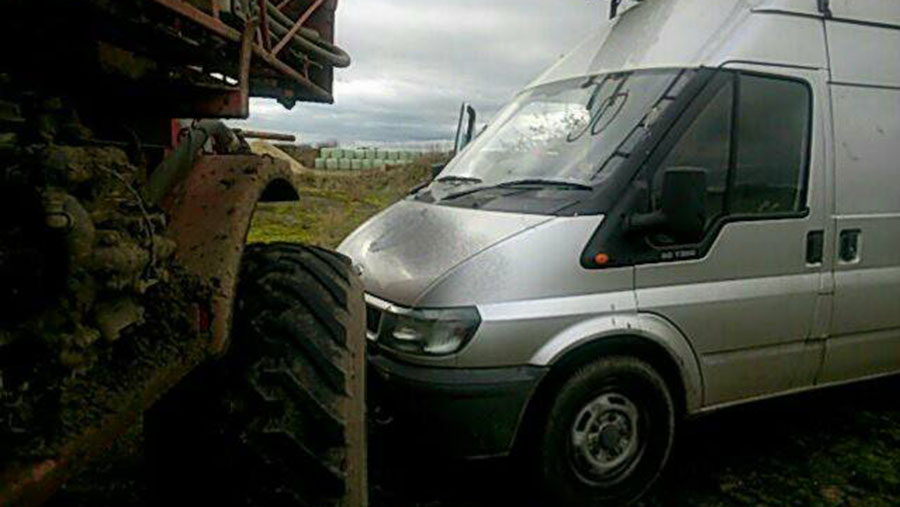 Sergeant Paul Cording, of the RPG, said: “I would like to remind people that there are ways of disposing of waste and fly-tipping is not one them.

“We will work with our partners at the council and other agencies to deal with any offenders robustly.

“We would encourage people to contact the council or police if there are any other fly-tipping issues.”

Margaret Whistance posted: “Good on him. The countryside is kept tidy by hard working farmers so everyone can enjoy it good for walkers tourists and all as they travel around the countryside.”

Suzann Wadcock posted: “Great to see – well done, farmer. Things like this really get my goat. Hope he gets made an example of.”

Meanwhile, farmers in Essex claim there have been around 116 cases of industrial fly-tipping on farms in the county since last September. The figure was revealed by a farmer at last week’s NFU conference in Birmingham.

Has your farm been a victim of fly-tipping in recent months? Send pictures of the incidents and your stories to philip.case@rbi.co.uk