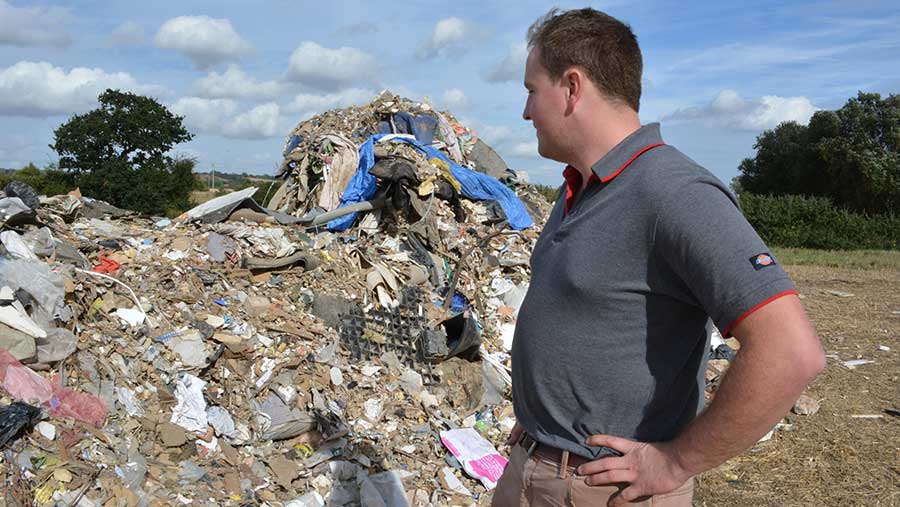 The fly-tipping epidemic blighting farms in Essex is on a par with bovine TB devastating herds in Gloucestershire, according to young farmer Ed Ford.

Mr Ford, who farms at Childerditch, near Brentwood, spoke out as councils in England and Wales launched a pre-Christmas zero-tolerance crackdown on fly-tipping.

As part of the “no nonsense” approach, new powers to seize and crush vehicles used by dumpers will be used.

Councils are also calling for a legal loophole – which means enforcement officers have to give some fly-tippers seven days written warning before inspecting them and seizing evidence – to be closed immediately to help tackle the growing problem. 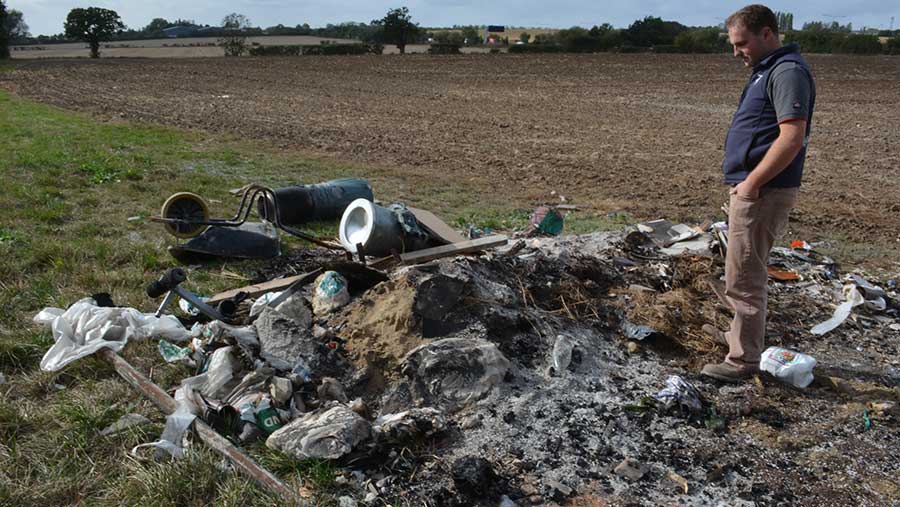 New legislation, which was introduced in May, allows councils to issue on-the-spot fines of up to £400 for fly-tippers who make residents’ lives hell and cost taxpayers millions of pounds.

Brazen fly-tippers are increasingly leaving lorry loads of waste in roads and farmers’ fields, according to the Local Government Association (LGA).

Essex young farmer Ed Ford welcomed the council crackdown, but said he doubted whether it would make much difference to him and other farmers who were similarly blighted by fly-tipping.

“In Gloucestershire, they have bovine TB, here we have fly-tipping,” said Mr Ford. “This is our TB. This is our problem.”

Mr Ford said commercial fly-tippers were targeting his farm on a weekly basis and councils were under no obligation to clear up any waste dumped on private farmland, so his farm business was left with the clean-up bill.

This is getting ridiculous now. Artic load of comecial fly tipping in our field @EssexPoliceUK@thurrockcouncil RT pic.twitter.com/pmQwoiIvdc

“It’s absolutely ridiculous. Police are happy to push drink-driving campaigns at Christmas because it gets them a lot of publicity. But nothing is being done to tackle fly-tipping on farms and in the countryside,” he added.

Last week Mr Ford telephoned Essex Police to request a helicopter to catch fly-tippers in the process of dumping waste on his farm.

“They said there is one police helicopter covering the South East and unless someone is missing or a life is at risk, they don’t deploy it.”

Fly-tipping on the rise

The cost for councils of clearing up fly-tipping is almost £50m across England, with the recorded incidents rising 6% in 2014/15, the latest figures available with 900,000 dealt with during this time. 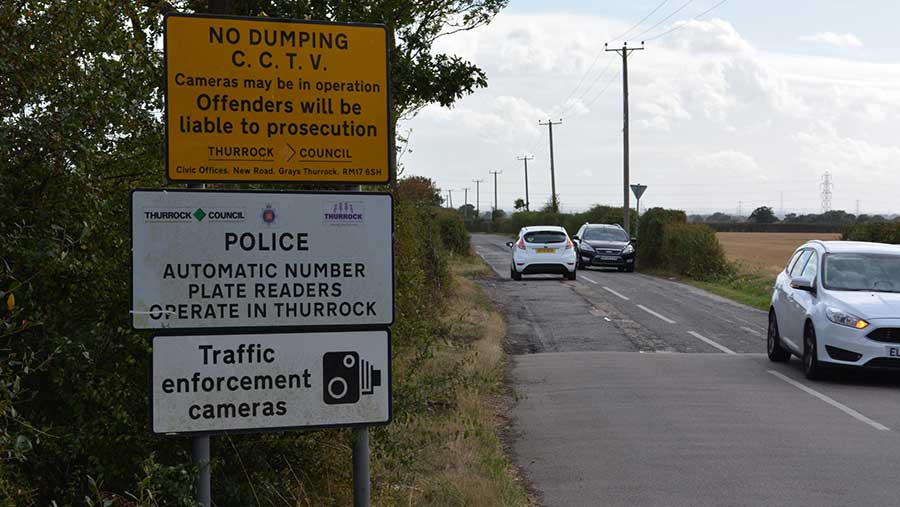 Warning signs on the road at Ed Ford’s farm

LGA environment spokesman Cllr Martin Tett said: “At a time when councils face difficult choices about services in light of reducing budgets, they are having to spend a vast amount each year on tackling litter and fly-tipping.

“This is money that would be better spent on vital services such as filling potholes and caring for the elderly. Litter and fly-tipping is environmental vandalism – it’s unpleasant, unnecessary and unacceptable.”