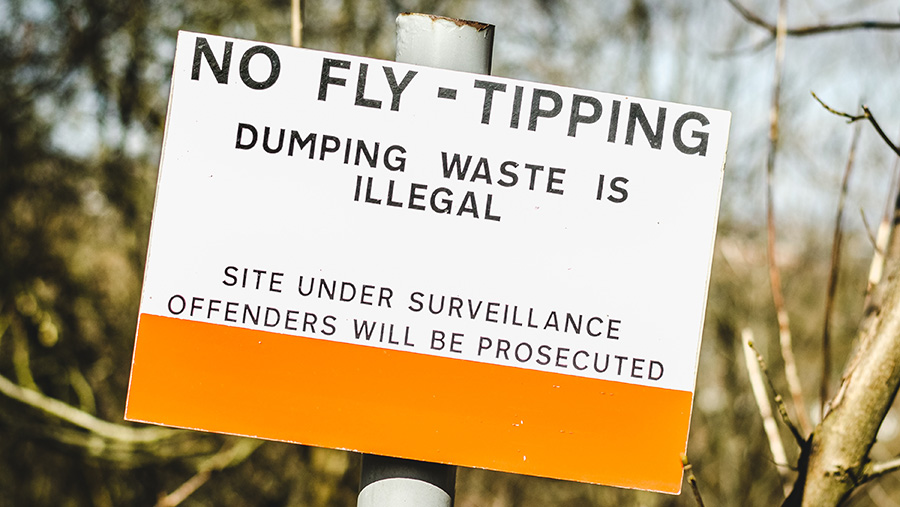 Five persistent fly-tippers who dumped building waste in country lanes have been fined a total of £12,000 and handed criminal behaviour orders (CBOs).

Northamptonshire Magistrates Court was told the offenders had settled at numerous sites around the county, leaving a trail of rubbish in their wake.

Council officials told the court that the group had left hazardous material, human waste, and commercial waste at each of the locations.

Acting on the reports, officials served community protection notices prohibiting all five from continuing in their anti-social activity.

However, the notices were ignored and attempts to resolve the issues were met with little remorse or intention to change.

On 12 October, all five were found guilty of breaching community protection notices and each defendant was ordered to pay just under £2,500 in fines and costs.

The five CBOs prohibit the individuals from settling on any land in Northamptonshire, without written consent of both the landowner and relevant council.

They are also no longer allowed to carry out any waste services, carry any waste in vehicles or illegally deposit waste of any nature, including human waste, on any land within Northamptonshire.

Jason Smithers, council leader of North Northamptonshire Council, praised the painstaking work by council staff and police to get the case to trial.

“Our officers will continue to work on cases like this in north Northamptonshire and neighbouring counties to ensure this group do not simply repeat the same anti-social behaviour in other areas, ” said Cllr Smithers.

Its policy and campaigns director, Sarah Lee, said: “This outcome is a rare breakthrough and it is incredibly encouraging to see a council pursue the case so thoroughly.

“Going after the businesses involved in fly-tipping is a challenge for authorities, but it shows that with perseverance, it can pay off. We hope to see action like this replicated nationally.”