Police are hunting fly-tippers who dumped a pile of gas bottles, fridge freezers, sofas and wood near a well-known beauty spot.

The heap of red Calor gas canisters and other detritus was found strewn across a country lane near Stapleford Woods, in Stapleford, on the Lincolnshire/Nottinghamshire border. 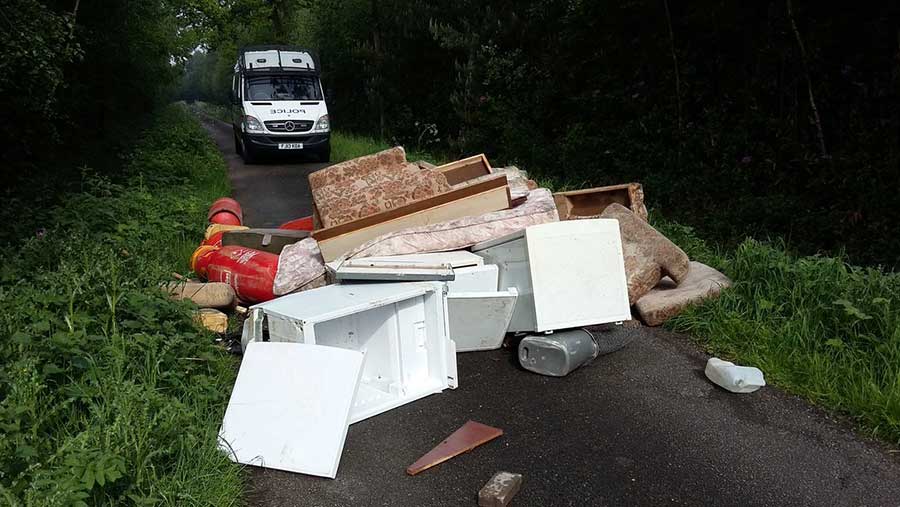 Rural police in Nottinghamshire posted a tweet on Thursday (18 May) on the @NottsRuralCops Twitter page appealing to the public for information to catch those responsible. 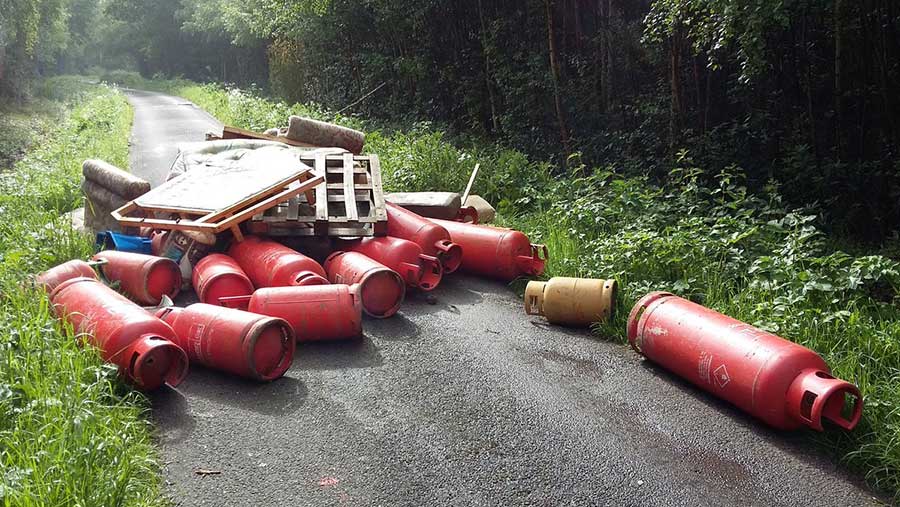 The officers said the landowner would have to pick up the bill to remove the rubbish.

Police posted additional pictures of metal farmgates having been smashed open by rural criminals and piles of rubbish, including tree clippings and building waste left dumped in field entrances. 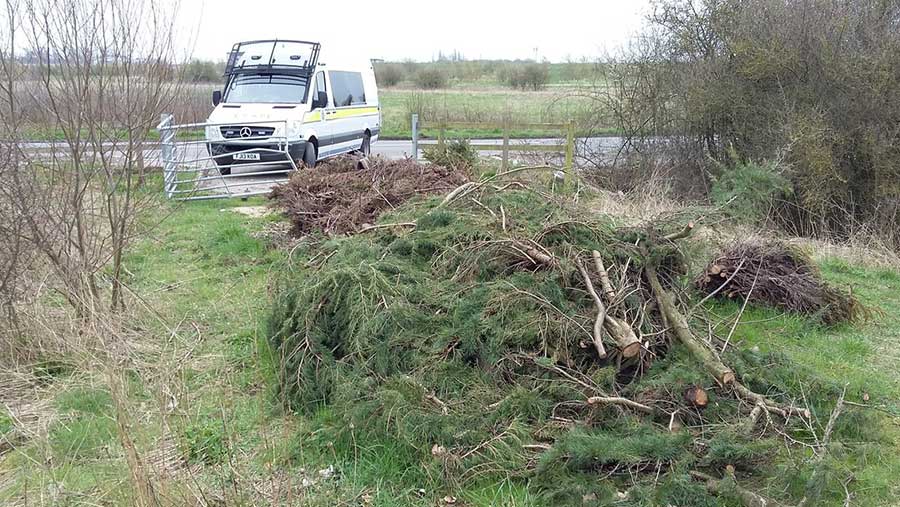 According to the Woodland Trust, fly-tipping and littering in woods is at its highest ever levels.

Last year, the charity spent more than £35,000 clearing fly-tipped waste, bringing the bill for dealing with litter in woods to £162,000.

Are you a farmer who has been recently targeted by fly-tippers? Email pictures and details to philip.case@rbi.co.uk