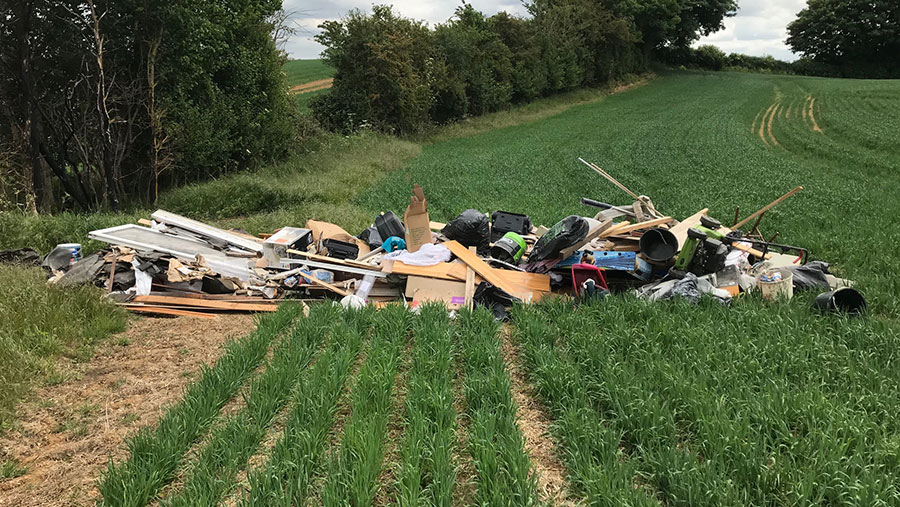 Buckinghamshire beef and arable farmer Richard Heady has revealed his farm is the latest to fall victim to a large fly-tipping incident during the coronavirus lockdown.

Mr Heady, who runs WF Heady and Sons near Milton Keynes in partnership with his father and uncle, told Farmers Weekly he felt “very disappointed” after discovering a lorryload of household waste strewn across part of an emerging crop of spring oats on 27 May.

A ? load of fly tipping as appeared on our lovely oats overnight. A few different addresses have been found, all dated about 5 years ago ? any ideas? Currently working with environmental health to try and track down the culprit #flytipping @BucksCouncil @aylesburyvale pic.twitter.com/AzlW50oqk8

He has posted a video on his Twitter page (@headysfarm) which shows the pile of junk covering his Aspen spring oats, which was drilled on 30 March. It includes an old garden shed, a lawnmower, children’s toys, suitcases, paperwork and an artificial Christmas tree.

“It’s really grotty stuff. There must be a dead animal in there, as it smells awful,” said Mr Heady.

The names and addresses of three different people – two from near Dunstable and one near Aylesbury – are included in paperwork dumped on his farm. 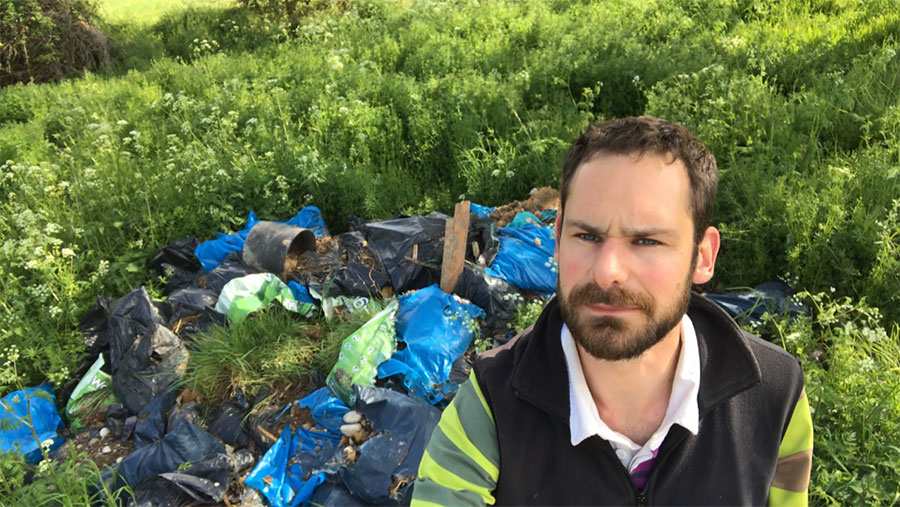 Under current legislation, which the CLA has branded as “completely unfair”, it is the responsibility of the landowner to pay for the removal of any waste dumped on private land.

It will cost Mr Heady about £300 to pay for a skip and he plans to remove the waste himself, as it does not contain any hazardous materials, such as asbestos. The incident has also caused him to lose about five hours of his time. 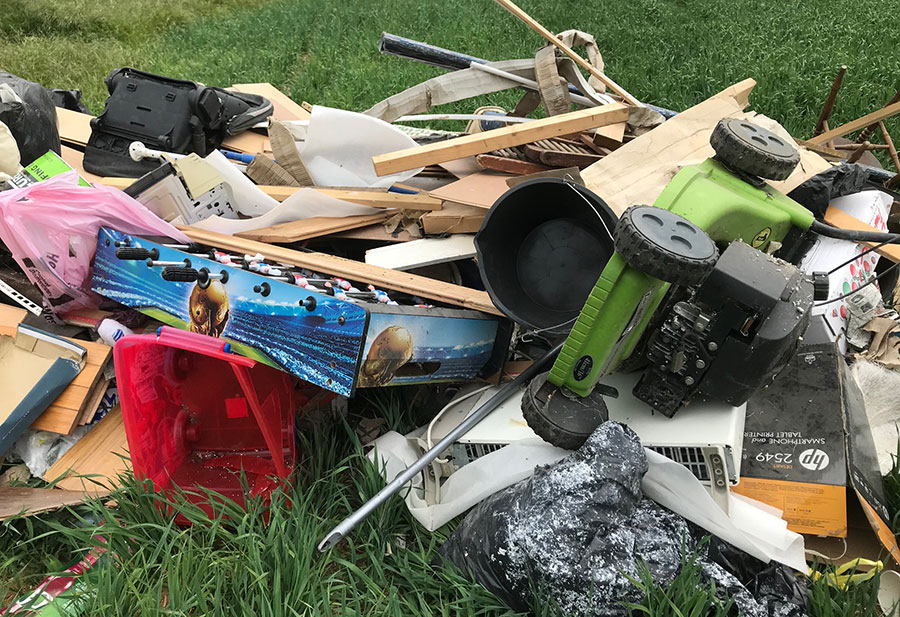 Mr Heady is working with the environmental health team at Buckinghamshire Council to try to track down the culprits. He urged the public to act responsibly and only use legitimate waste removal companies to dispose of rubbish.

He said: “Check their waste transfer licences and check they are licensed to do it and if something is a good deal, there is probably a reason why.

“Otherwise, you should expect a knock on the door from environmental health asking you to pay for the removal or face prosecution.”

A large surge in fly-tipping in the countryside has been reported since the coronavirus. Local authorities were forced to close about 90% of waste recycling centres during the lockdown, but many have now reopened.

The Countryside Alliance said fly-tipping in the countryside had increased by about 80% since the lockdown, with rural lanes and farmland typical hotspots. It has blamed the rise on more people doing DIY works during the lockdown and the closure of recycling centres.

Has your farm been hit by fly-tipping since coronavirus?
Made here
See more
Share this