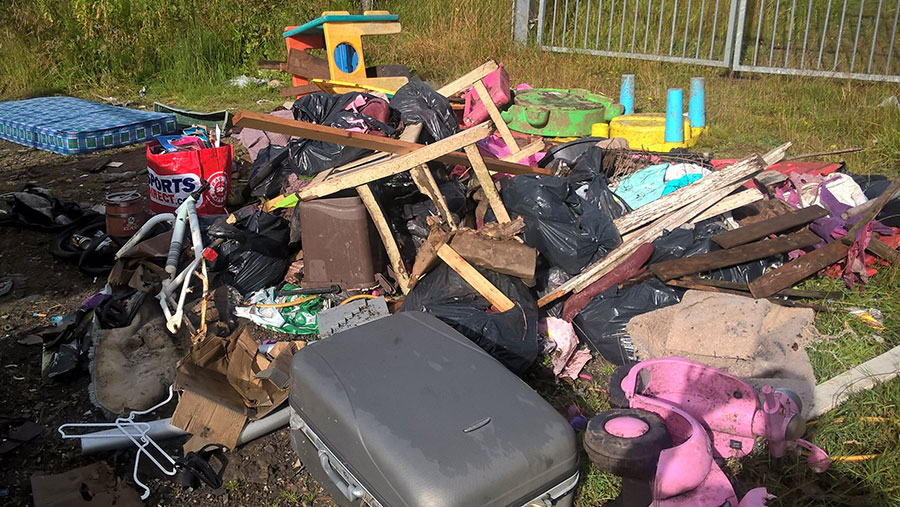 A trader has been fined nearly £1,000 for dumping household rubbish in the Welsh countryside.

Philip Hatch, 28, of Llanelly Hill, Abergavenny, advertised grass cutting and waste removal services door to door in Blaenavon in July 2016, and charged a resident £40 to remove a van load of household and garden waste.

The rubbish was later found dumped on common land off Varteg Road in Pontypool.

At Cwmbran Magistrates Court, Mr Hatch pleaded guilty to dumping the rubbish and confirmed that he did not have a waste carrier licence to allow him to collect and dispose of waste legally.

He added: “Criminals like Mr Hatch undermine legitimate waste removal businesses, pose a risk to their clients, who can be fined up to £5,000 for using an unregistered waste carrier, and cost the taxpayer in Torfaen around £120,000 a year.”

Meanwhile, Monmouthshire County Council has issued a reminder that residents have a duty of care to ensure that they dispose of their waste properly – or if they give it to someone else for disposal, to ensure they are a registered carrier of waste.

This follows a commercial-scale fly-tipping incident on 17 May close to the Foxhunter Memorial on Blorenge mountain, in Abergavenny, which blocked the road between the Keepers Pond and Llanellen. The council removed the rubbish promptly. 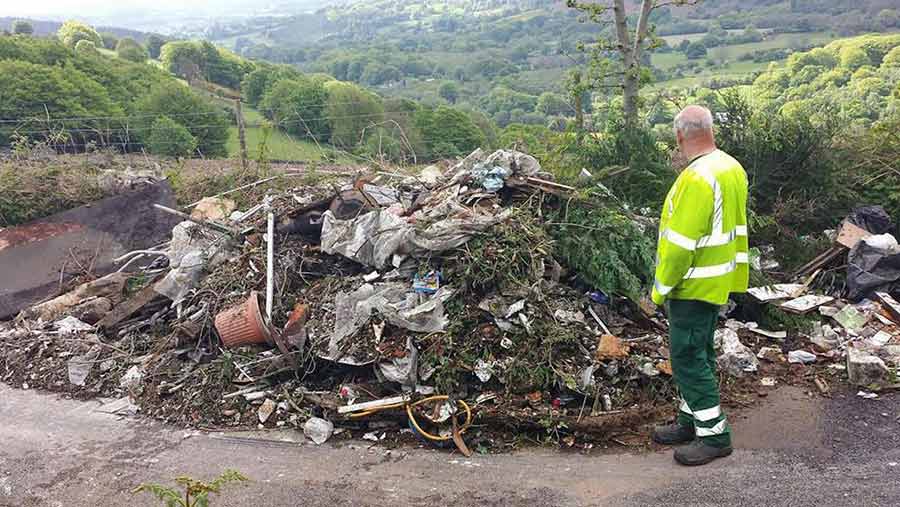 Fly tipping on Blorenge mountain on 17 May © Monmouthshire County Council

Both the NFU and Country, Land and Business Association have called for tougher action from the authorities to tackle fly tipping.

Serious offences of fly tipping are punishable by an unlimited fine or up to five years in prison.

In April, Farmers Weekly launched the national Stop The Blot campaign to tackle the illegal dumping of rubbish on farms and in the countryside.

In March, the NFU wrote to Justice Secretary Liz Truss, the National Police Chiefs’ Council and the Association of Police and Crime Commissioners to ensure magistrates were made aware of their increased sentencing powers for fly-tipping offences.