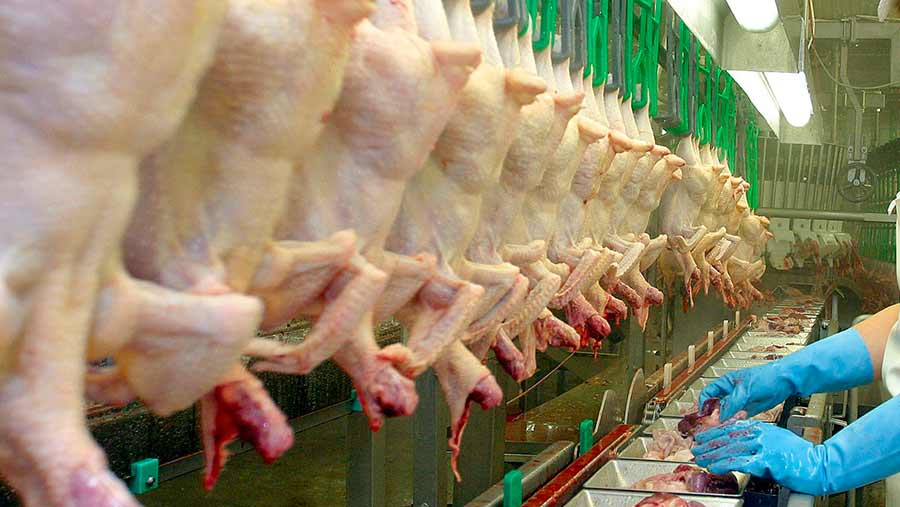 A Shropshire-based recruitment agency has been stripped of its labour licence after investigators found the company “skimming” pay, resulting in underpayment of wages.

The Shrewsbury couple held a GLA licence to supply temporary workers to a number of food factories in Shropshire.

But inspectors found the couple “chopped” hours of hundreds of workers employed at a poultry processing plant in the county, which meant they were paid below the national minimum wage.

The discrepancy over wages was revealed when the numbers of hours the factories being billed for was checked and found to be greater than the number of hours for which employees were paid.

The company was found to have breached four GLA Licensing Standards, relating to failure of the principal licence holder, Mr Lawrence, acting in a “fit and proper” manner, withholding wages, holiday pay and worker benefits.

Payroll records produced appear to have been altered to disguise the underpayment of workers, the GLA said.

From a typical sample period of four weeks in August 2015, 26 of 102 workers placed were paid for fewer hours than they had worked.

One employee working at a poultry factory was paid as little as £5.03/hour compared with the £6.50 he was entitled to.

TRS Personnel was also found to owe £79,000 in unpaid holiday pay across all sectors for 2015 alone.

GLA director of licensing Nicola Ray said: “TRS Personnel systematically denied money due to their workers using a number of different methods – effectively preying on the lowly paid by skimming their wages to boost company profits.

“The Lawrences showed no willingness to comply with legal, regulatory or professional requirements and standards and have effectively now been banned from working in our regulated sector.”

Without a GLA licence, it is illegal for TRS Personnel to provide workers for temporary roles in agriculture, horticulture, shellfish gathering or any associated processing and packaging.