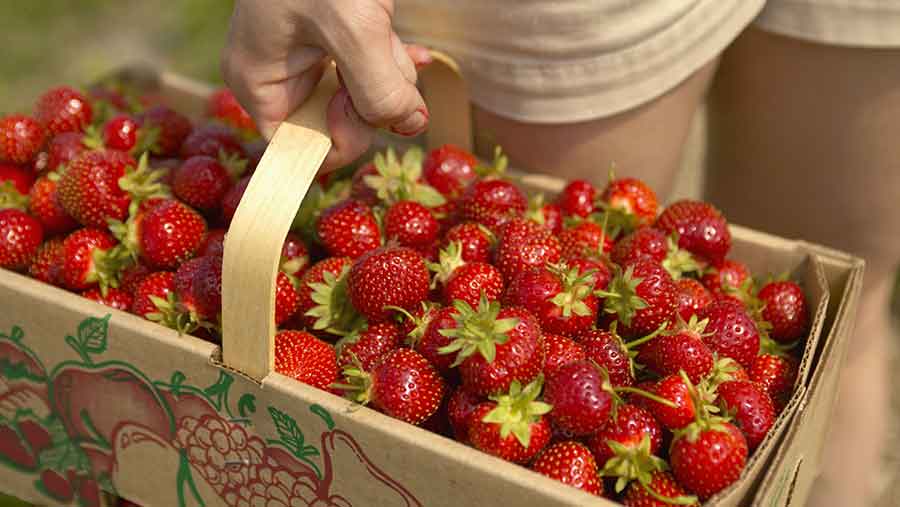 Thousands of pounds worth of strawberries and cherries have been stolen from several fruit farms in Kent.

On one farm near Faversham, around £2,400 of soft fruit was stolen in July, and Kent Police have received several  similar reports.

An anonymous victim said that the thieves have been stealing up to 100 trays of strawberries a night, the equivalent of 400kg a night, which soon racks up in terms of the financial loss.

“All fruit crops are valuable crops. If I was a cereal grower growing wheat, I don’t suppose we’d have the same sort of issue.”

He believes that the thieves are professionals in this field. “They pick very well so I would guess, yes, that that’s their chosen profession,” he told BBC Radio Kent.

It’s hard for the farmer to control the attacks because “you can’t actually shut the doors on the tunnels and make them people proof, so we just have to be as vigilant as we can”.

He also explained that they have made the crop as easy to pick for their own staff, to reduce labour costs and drive efficiency, so it consequently makes it easier for the criminals.

From the discussion, the police were able to understand how best to help farmers tackle this issue and have upped patrols in the area.

“It is a problem and it does seem to be worse this year,” Amanda Corp told Farmers Weekly. “Whilst the cherry harvest is now over, the strawberry crop is still running and so still suffering from thefts. Affected farmers are now working with police to help target the crime.”

Kent Police is appealing for information following the spate of thefts. Investigating officer, PC Marc Pennicott of the Rural Task Force, said: “These thefts are all very similar so we believe they may be linked and I would encourage anyone with information to get in touch.”