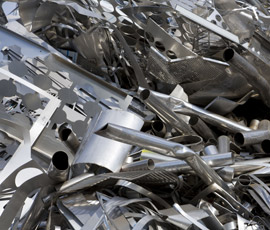 The government could be set to introduce tougher rules on scrap dealers in a bid to curb metal thefts.

The illegal trade in scrap metal has soared costing rural communities millions of pounds a year.

It has been easy money for the thieves who have been able to sell stolen scrap for cash without providing proof of ownership.

Now though, Lord Henley the Home Office minister for crime prevention, has revealed that the government is considering legislation that would make scrap sellers accountable.

That could include enforcing cashless transactions, identity checks and the registration of sellers.

In an interview with the BBC Lord Henley said:

“I think it likely that we will have to regulate. We will have to improve the 1964 Scrap Metal Dealers Act which colleagues have been saying is well past its sell-by date.”

Legislation could be based on a private member’s bill proposed by Labour MP Graham Jones last autumn.

Lord Henley said the government was considering the bill but would need to see the proposals in detail before deciding whether to back them.

“The broad gist behind [the bill] is something that we could welcome.

“The idea that you could go cashless is something we’re considering, as well as the idea that you should provide proper proof of identity when you get to a scrap metal yard,” said Lord Henley.

“At the moment you can just go there and sign in as Mickey Mouse or whoever. We want proper ID so there’s greater transparency and a greater chain of who owns what,” the minister said.

Have your say on our scrap metal theft forum