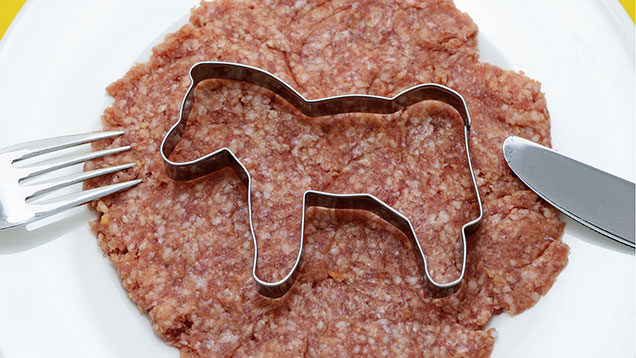 Abattoir boss Peter Boddy was fined £8,000 after selling horses for meat without keeping proper records to show who bought them.

The case at Southwark Crown Court was the first prosecution brought as a result of the investigation into the horsemeat incident in 2013.

See also: Lessons still to be learned from horsemeat scandal

Mr Boddy, of Todmorden, West Yorkshire, admitted failing to comply with food traceability regulations. He admitted selling 55 carcasses without keeping records – claiming 37 of them were supplied to Italian restaurants.

Slaughterhouse manager David Moss was given a four-months suspended prison sentence for falsifying an invoice.

Food Standards Agency (FSA) chief operating officer Jason Feeney said: “We are pleased with the successful conclusion of this prosecution.

“The rules on food traceability are there to protect consumers and legitimate businesses.

“Criminal activity like this across Europe contributed to the horsemeat incident.

“Consumers need to know that their food is what it says it is on the label.

“The FSA continues to support the ongoing investigations into the incident.”

“Consumers need to know that their food is what it says it is on the label.”
Jason Feeney, Food Standards Agency

In addition to the ongoing investigation, the agency and other government departments have been implementing recommendations from the Elliott Review into the integrity of the UK food chain.

This includes the establishment of a Food Crime Unit (FCU), analysing intelligence, initiating investigations and liaising with other criminal and regulatory enforcement agencies.

Andy Morling started work this week as the head of the FCU.

He has extensive experience in intelligence and investigations, having spent the majority of his career working in these areas for HM Revenue & Customs, the Serious Fraud Office and the Serious and Organised Crime Agency.

Until recently he was a senior intelligence lead for the National Crime Agency.

During its first phase the FCU is focusing on building intelligence and evidence of the risks and the nature of food fraud and food crime in the UK.

The unit exchanges intelligence and priorities at local, regional and national levels with a range of enforcement partners.