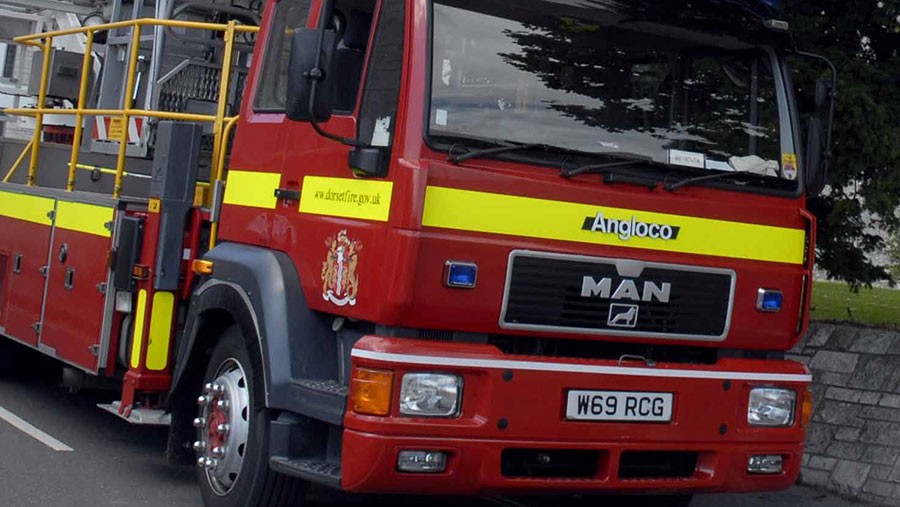 An arsonist is targeting farms in Leicestershire and Northamptonshire, causing tens of thousands of pounds worth of damage and putting lives in danger.

There have been at least five bale-stack arson attacks in recent months in the Welland Valley, which the police believe have been started maliciously by the same person.

Farmer Chris Parker at Weston by Welland lost 800 big bales of wheat straw, with a value of well over £30,000.

“It was such a horrible feeling seeing the stack on fire. The only small mercy was that it was solely straw – other fires have involved barns and machinery.”

Losing straw is a huge problem for farmers this year, though, because it’s in such short supply, so replacing it will be a challenge, said Mr Parker. “It’s scarce all over the country.”

“We’d just finished putting all the bales in the dutch barn. By 8pm I got a phone call telling me it was on fire. Whoever it was must have been watching and waiting.

“The fire brigade were here all night because you can’t put a fire like that out – you just have to control it and damp it down. The roof’s fallen in on the barn since.”

Anyone with information regarding these incidents, please make contact. The long term destruction and loss for the farmer following this is heartbreaking for them. @northantsfire @NorPolRural @NFULNR @CS_EastMids @NorthantsPolice https://t.co/zUIampnHiB

Market Harborough-based PC Steve Winn is urging farmers in the region to be extra vigilant in the face of the attacks.

“If anyone spots anything remotely suspicious – a strange car in a gateway, someone acting oddly, basically anything that looks a bit out of place – get in touch. Don’t feel like you’re wasting our time. I’ll gladly take any number of wrong calls to get lucky once.”

How you can help?

Crimestoppers is offering £1,000 for information leading to the conviction of the Welland Valley arsonist. Call 0800 555 111 or give information via crimestoppers-uk.org

Alternatively, email Stephen.winn@leicestershire.pnn.police.uk; call 101; or, in an emergency, dial 999.

He believes there is one perpetrator, travelling by car and possibly scouting the locations beforehand, then starting the fires in the evening.

As well as the cost and inconvenience of the attacks, they pose a risk to buildings, machinery and the safety of firefighters and farming families, he said. “Sadly, arsonists enjoy the fruits of their labour. Ultimately, they are excited by fire, they enjoy it – it draws them like moths to a light.”

The incidents come at a time when new figures from the NFU Mutual show the cost of farm fires reaching a five-year high.

The rural insurer’s claims statistics reveal the cost of farm fires topped £49m in 2019, with arson damage rising by 40% to account for more than £9m of this.

“Farm fires put the lives of people and livestock at risk, as well as having a huge emotional and business impact on farmers and their families,” said Andy Manson, managing director of NFU Mutual Risk Management Services.

“Farmers not only have to be mindful of the usual farm hazards such as electrical equipment, combustible material and fuel, but also protect themselves from the alarming rise in arson damage.”