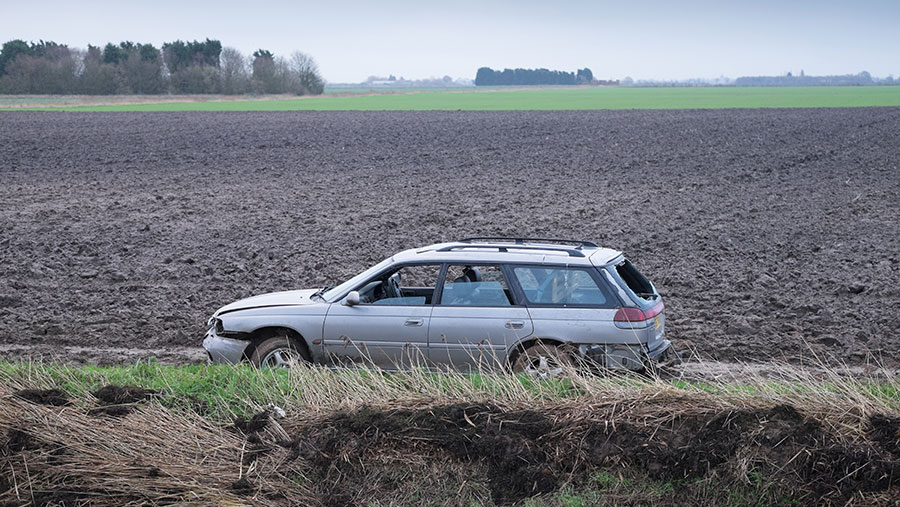 Police and the authorities have been given new powers to crack down on illegal encampments and hare coursing on private land in England.

Following years of lobbying from the NFU, the Country Land and Business Association, the Countryside Alliance and others, hare coursing will be punishable by unlimited fines and prison sentences of up to six months, and police forces will be able to seize dogs involved in this illegal activity.

Meanwhile, illegal encampments will become a criminal offence for those who do not leave when asked by the landowner or tenant, and offenders will be hit with tougher penalties.

The new measures have been given royal assent and are being introduced through amendments of the Police, Crime, Sentencing and Courts Bill to help protect farms.

Earlier this week, Conservative MP Rob Butler raised concerns in parliament over people encroaching on land owned by farmers in his Aylesbury constituency and using it to catch and kill hares with dogs.

The MP told the House of Commons: “I’ve been very alarmed to hear of large-scale and dangerous hare coursing in my constituency, where heavily armed people are coming on to farmers’ land and they are live-streaming these chases to China, where there is heavy betting being put on chases.”

Home secretary Priti Patel said in response that Mr Butler was “absolutely right” to highlight the problems and she urged all police forces to use the new powers under the Bill to crack down on this illegal activity.

“Hare coursing and illegal encampment can both cause significant damage to farmland and wildlife, something farmers across the country experience all too often, with little repercussions for offenders,” said Mr Exwood.

“Their behaviour can also be a source of great distress for farming families, who feel vulnerable and threatened in their own homes.

“We know that both these crimes continue to take a toll on farming businesses and families, and we will continue to work with government and rural police forces to ensure these strengthened laws are used to deliver meaningful results – a decline in cases of rural crime.”

The NFU has worked closely with the UK government to include significant amendments to the Police, Crime, Sentencing and Courts Bill and the Game Acts to bear down on hare coursing and illegal encampments on private farmland.

Changes to hare coursing laws include:

Changes to illegal encampment laws include: