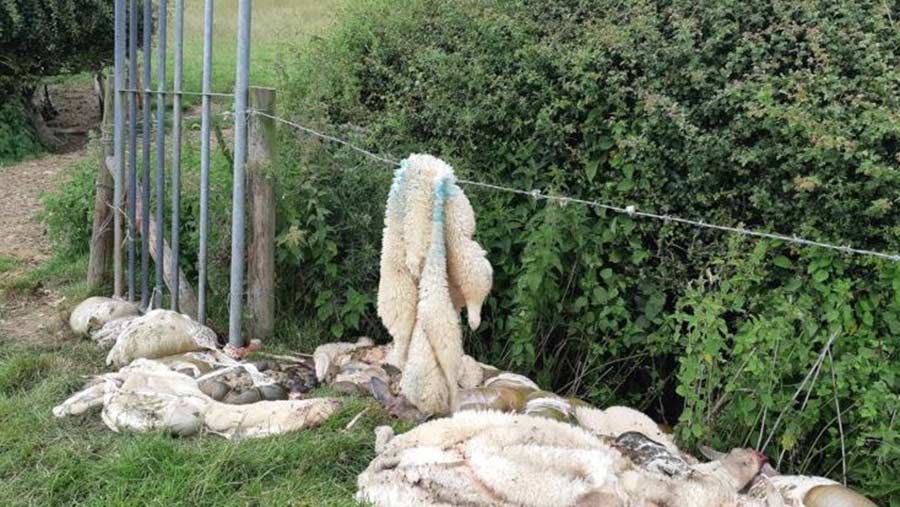 It was a spate of attacks that terrorised farming communities in Northamptonshire. Under the cover of darkness, hundreds of sheep and lambs were slaughtered and butchered in fields.

The sheep remains were left scattered around fields for horrified farmers to discover. The meat was most likely destined for the black market.

Between June and October last year, three men from Birmingham stalked the countryside, killing and butchering sheep in order to steal the meat and profit from it. On 27 March, Viorel Manu, Robert Iordan and Florin Nutu were jailed for their crimes.

Their conviction and sentencing brought justice for the farmers whose livelihoods were threatened.

It was made possible by rural communities rallying together, working with Northamptonshire Police on an operation that lasted several months and ended with the trio being caught red-handed.

Crucial intelligence from the public led officers to arrest the gang in the early hours of 7 October on the A14 near Welton, Lincolnshire. Blood-soaked butcher knives and the carcasses of nine sheep were found in the back of their van.

Det Con Jamie Cooper, the lead investigator for Operation Stock, tells Farmers Weekly his team relentlessly built their case which saw the criminals jailed for a total of 11 years.

“We started getting quite a few reports at the same time. What flagged up was what was being left behind,” says the detective. 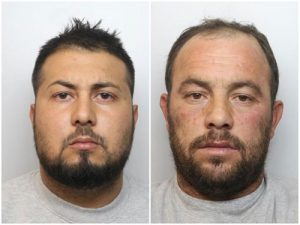 “Normally, from what farmers were telling me, if someone had stolen a sheep there would be a little bit of blood or a trail, and they would know they had been stolen.

“They are aware it happens. Sometimes it happens around Easter. It can be anyone that does it, they don’t really know. But essentially what [the three men] were doing was killing and slaughtering on site.”

The systematic nature of the attacks and their similarities prompted police to launch their operation, with farmers across the county worried that their flock could be next.

Police patrols were increased, with extra officers drafted in and many changing their shift patterns to be available to investigators at the most crucial times, determined by the intelligence they were receiving.

Det Con Cooper explains: “It was quite orderly and set up, which is why we thought it was people that were organised and had some skill and knowledge.

“In some instances, everything was segregated: there were pools of blood in one area, guts in another and then head and fleece in another. It was almost like a processing line. It just seemed organised.

“[Farmers] were sometimes finding makeshift pens. Not all had been kept within the pens, some had managed to get out and a couple [of sheep] were found that were still intact but had had their throats cut.” 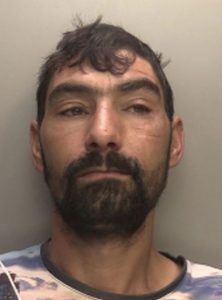 As more reports came in, the police were building a picture of how the gang was operating, and the connections between attacks grew stronger.

“We knew what the technique was: slit throat, large pools of blood which would account for the cut across the throat. We thought it has to be the same people,” Det Con Cooper says.

“It was then a case of how many are there, how long has it taken them, what is the time frame?”

To find answers, the police turned to farmers and the wider rural community to be their eyes and ears.

Hundreds of people gave information on suspicious activity, which proved crucial to the success of the investigation.

Det Con Cooper says: “Everything we did was through community interaction and the assistance of farmers. Someone on a daily basis was able to look at that information and do something with it.

The investigating team worked with rural and wildlife officers and the farmers who knew the county well, so when information came in with locations of suspicious activity, they could begin to build up detailed knowledge of the areas.

This was crucial due to the extensive area they were dealing with. Drones were used to help survey large areas quickly.

It was an approach which eventually delivered the crucial arrests on that early October morning last year.

Information from a member of the public about a van seen parked in a lay-by set off alarm bells after the investigators ran a series of checks to establish the movements of the vehicle.

“Any data we could get our hands on, we utilised: CCTV details from around the scenes, vehicle details, any other intelligence. The information was around putting the vehicle at the scenes,” says Det Con Cooper.

“And we were going, ‘This vehicle needs looking at. We need to find it and get it stopped as soon as possible.’

“The fact they were caught with the items on them, you couldn’t ask for a better result.” 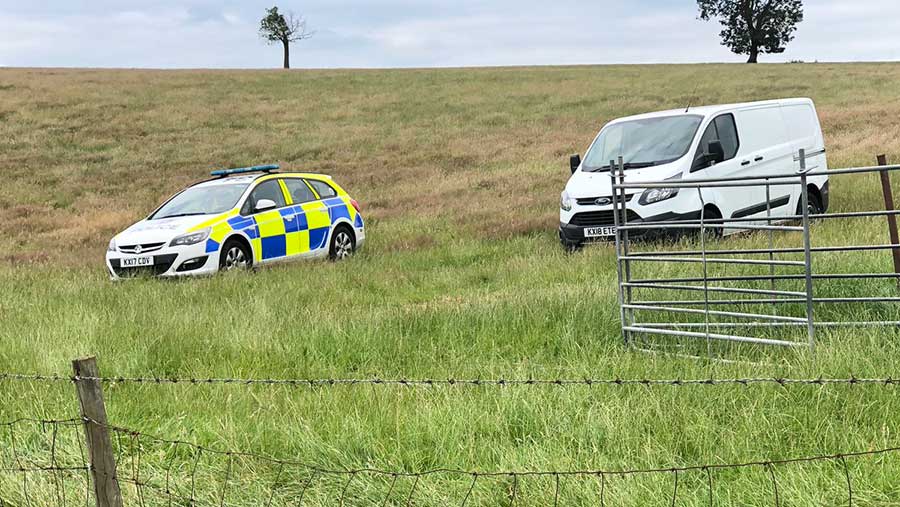 The intelligence that investigators gathered on the movements of the gang built a compelling case beyond the single attack they were caught committing.

“To put that forward to the court, they didn’t really have much to argue against once it was there in front of them,” Det Con Cooper says.

The men were found responsible for at least 12 recorded incidents of illegal sheep slaughtering in Northamptonshire.

“The offence we went for was conspiracy to commit theft as opposed to just theft itself. This means you’re looking at harder sentencing.”

All three eventually pleaded guilty and were sentenced at Northampton Crown Court on 27 March. Iordan, 23, and Nutu, 36, were both jailed for four years and four months and Manu, 39, was ordered to serve two years and 11 months.

The detective described hearing the news of the arrest and then the guilty pleas as an “awesome feeling”.

“There is a buzz you get. It is knowing all the hard work that everyone has put in. Everyone worked together, I think that was what got us the conviction,” he says.

“The impact on the farmers – I don’t think you can put into words the emotional impact. One farmer was with her two young children when they found the sheep. I know how that would affect my children.” (See panel: Butchered sheep discovered by children.)

Det Con Cooper adds: “You think of [the stolen meat] then potentially going into the food chain and the dangers around that. I think that was a lot of the farmers’ concern. This isn’t just affecting them; this could be a mass of food poisoning.”

Katie Payne, the sheep farmer who made the gruesome discovery of dead sheep with her children, praises the police for their response, and the diligence that led to the trio getting lengthy jail terms.

“I was ecstatic and relieved when I heard,” she says. ”They deserve everything they got. Farmers need backup and we need the police to take rural crime seriously, which they are in Northamptonshire.”

She urges other farmers to report all crime to the police, and to make sure they get a response.

Her plea is echoed by Harriet Ranson, the NFU’s county adviser for Leicestershire, Northamptonshire and Rutland.

“Report absolutely everything to the police. Even though it seems like a waste of time, it isn’t,” she says.

“We now have a precedent set that courts in the UK do not find this acceptable.

“We know we are raising stock in a lot of circumstances to go to an abattoir, but you do not expect to come across them having been butchered in this barbaric and horrific manner.”

Sheep farmer Katie Payne was left sickened by the gruesome scene she discovered with her two young children on 8 July last year.

Fifteen of her Texel flock had been slaughtered. Their remains were strewn at the edge of the field. One carcass was left hanging from a barbed wire fence.

The attack left her fearful for her family’s safety and scared to go out into her own fields to check stock in the evenings.

“It really did take its toll, not just on that day but for months. We work with life and death on a daily basis, but the cruelty involved was just horrendous.

“There is also the health risks around that meat, wherever it ends up.”

Many of the sheep on the farms targeted by the gang were being treated for worms and flies immediately before they were slaughtered.

Sheep rustling is devastating for farmers and can cause years of disruption as they are forced to rebuild their stock.