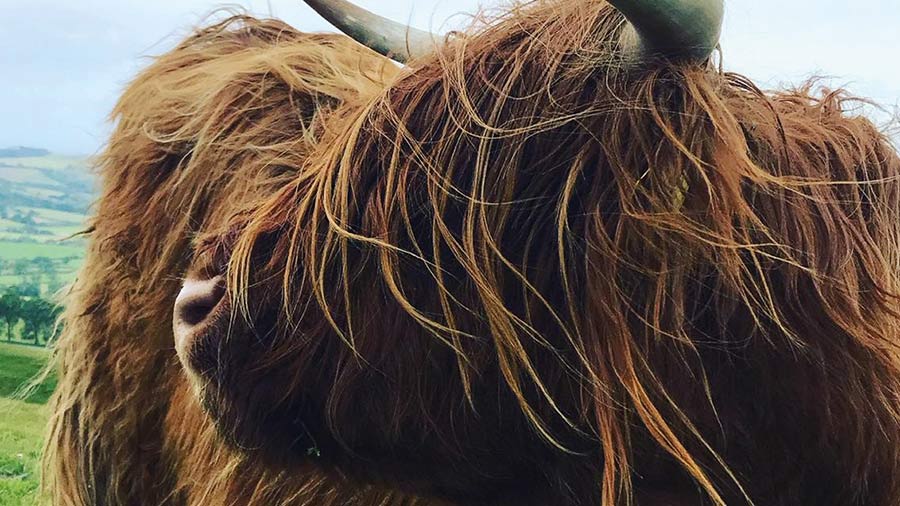 Gladis was just days away from giving birth © Cameron Farquharson

A farmer whose heavily in-calf Highland cow was chased to her death by dogs is demanding that the law be tightened on keeping dogs on leads near livestock.

Cameron Farquharson and his family have been left heartbroken by the death of Gladis, who was just days away from giving birth.

But Mr Farquharson is also angry at the actions of irresponsible dog owners and wants it to become compulsory for dog leads to be used on all land where there is livestock, not just on open access land and the coast.

Mr Farquharson, who farms National Trust land at Eggardon Hill in Dorset, told Farmers Weekly: “I don’t want another farmer to know how it feels to lose a cow in this way.

“Farming is mentally hard enough already. It is abhorrent that livestock should be at the mercy of dogs because irresponsible owners allow them to roam free.”

Mr Farquharson, who is in the throes of calving his herd of 20 Highland cattle, was doing an early morning check on the stock when he discovered Gladis at the bottom of a 30-foot rampart which forms part of an Iron Age fort; she had broken her neck.

A witness told him that he had seen two Labradors chasing her the previous evening.

“The sad thing is that had we been told about this earlier we might have been able to save her calf,” he said.

The whole family was devastated, he said, in particular his daughter, Charlotte.

“We had Gladis when Charlotte was 12, she was very much a pet cow and Charlotte had grown up with her,” he said.

“We are really grateful for all the supportive messages we have received,” Mr Farquharson said.

Updated advice in the Countryside Code states that it is “good practice” to keep dogs on a lead around livestock, but it is only a criminal offence not to do so on open access land or near the coast.

Mr Farquharson said the law must be changed to reflect the surge in the number of dog owners now using the countryside for exercise.

To have dogs running around in fields where livestock are grazing was “totally unacceptable”, he said. “My herd is hefted, this land is their home. They should be safe here.

“I understand that walking in the countryside is good for mental health, but if they are going to come onto farmed land, they must keep their dogs on a lead.

“I have challenged owners before and have been told ‘my dog doesn’t chase sheep or cattle’. If I had a pound for every time I had been told that I would be a millionaire.”