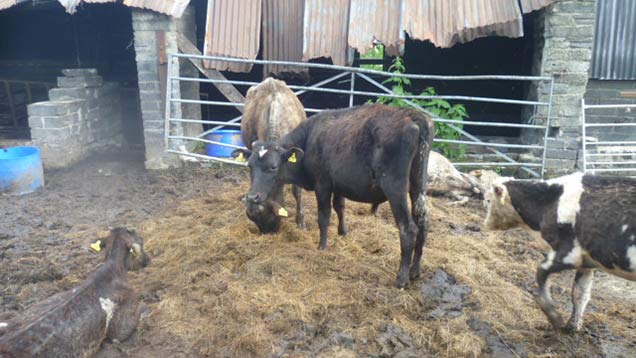 A court has banned a Welsh livestock farmer from keeping animals for seven years after he admitted a series of animal welfare offences.

Aled Morgan, who committed the offences while farming in Pembrokeshire, pleaded guilty to 21 offences related to mistreating cattle and pigs.

Council animal health inspectors, who had visited the farm near Clynderwen on a number of occasions, found severely underweight calves.

Older cattle and pigs kept in unsuitable conditions without sufficient feed and water and animal carcasses were not properly disposed of.

Another young bovine, which was dehydrated, emaciated and too weak to stand, was put down.

At Haverfordwest Magistrates’ Court on Tuesday (17 February), Mr Morgan, who now lives near Carmarthen, was told he was lucky to escape a prison sentence.

He was banned from keeping animals for seven years. However he will be given a month to dispose of the cattle he still owns before the ban is implemented.