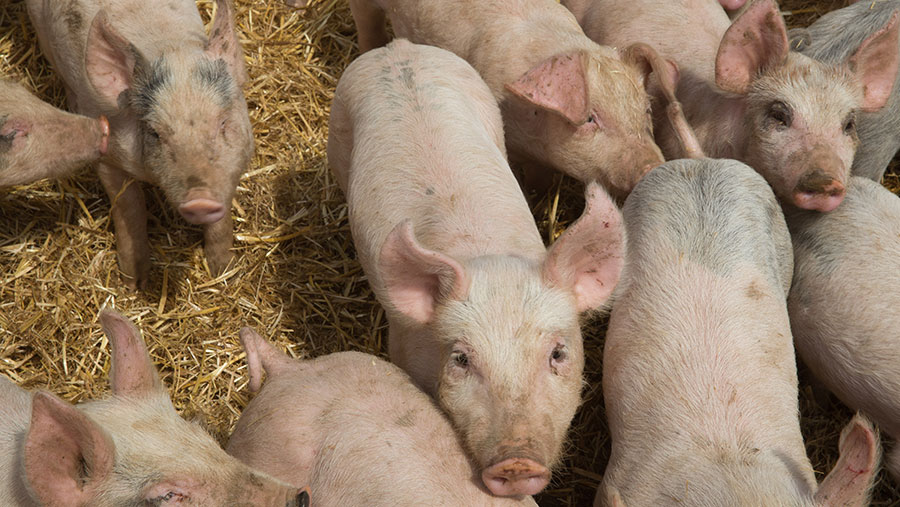 Pig farmers have been put on alert to the increased risks of incursions and secret filming by animal activists ahead of the Pig and Poultry Fair in May.

Zoe Davies, chief executive of the National Pig Association (NPA), said the organisation has seen an “elevation of animal rights activity” and urged farmers to be extra vigilant.

In one recent example, a farm in North Yorkshire discovered a camera had been placed “quite brazenly” above a pig pen, leading to fears of surveillance by activists.

Speaking at this week’s NFU Council meeting in Warwickshire, Dr Davies said NPA members had been put on high alert.

“We know they [animal rights activists] are busy again and normally they do try to do something before the pig fair.

“We have a lot more CCTV out there than we used to have, but my concern is that when farmers are literally on their knees we will get another exposé, which is something we really don’t want. We are trying to support people and keep them vigilant.”

There are a number of ways farmers can protect their farms from animal activist incursions. Security lighting and CCTV can be an effective deterrent.

Farmers are also advised to check barns and sheds daily for hidden cameras, and report all incidents involving activists to the police – no matter how trivial.

On the pig sector crisis, Dr Davies said the situation in abattoirs had improved, but the backlog on farms was “massively variable”.

Some producers have been able to clear their pens, but others are stuck with the same backlog they have always had.

“One of the challenges for us now is to understand why the backlog hasn’t been managed as well,” she said.