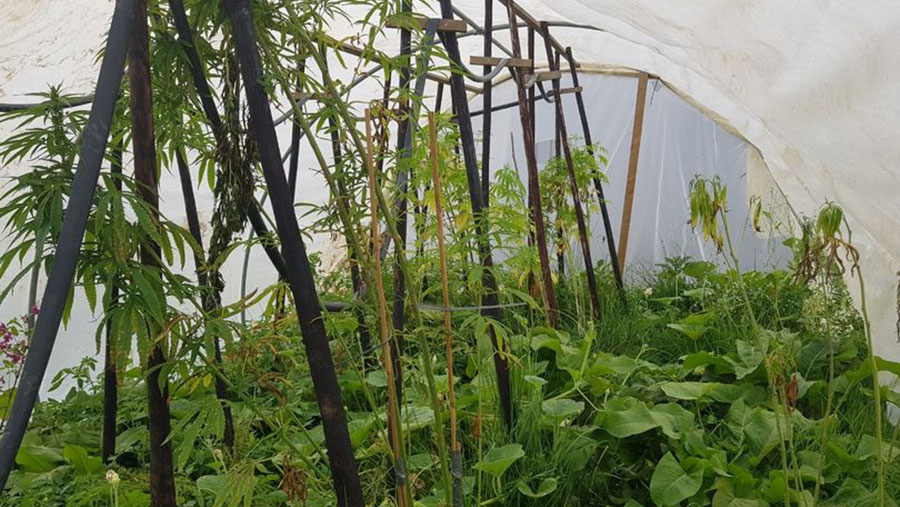 Police have discovered more than 100 cannabis plants growing on a farm in Carmarthenshire.

Officers from Dyfed-Powys Police were at the farm, located between Pontarddulais and Tycroes, on an unrelated matter on Tuesday 15 September.

They spotted two polytunnels and looked inside, where they found the large cultivation, with an estimated street value of £100,000, growing inside.

Sgt Gemma Davies, investigating, said: “Our officers were providing support to partner agencies at the property when they noticed two polytunnels on the land.

“They looked inside and found 100 cannabis plants in various stages of growth.

“While our officers were not at the farm in relation to concerns over cannabis, this discovery demonstrates the vigilance shown in their surroundings, which resulted in the disruption of a large cultivation.”

Officers remained at the farm to dismantle the cultivation and seize the plants for destruction.

In the UK, it is an offence to grow cannabis from seeds without an industrial hemp licence from the Home Office.

A 32-year-old man was arrested on suspicion of producing a controlled drug of class B. He has been released under investigation pending further enquiries.