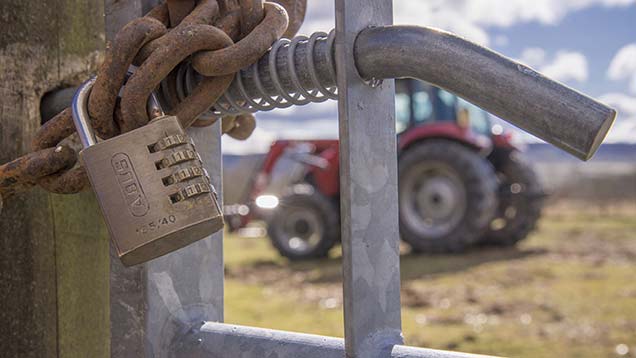 Police are stepping up action amid rising concern among farmers that more must be done to tackle crime in the countryside.

Rural constabularies have launched a number of initiatives ahead of next month’s elections for police and crime commissioners across England and Wales.

Voters in 41 police force areas, excluding London, will go to the polls on Thursday, 5 May.

Many rural residents believe tight budgets mean police are prioritising crime-fighting measures in cities and larger towns – at the expense of the countryside.

There is also concern that some cash-strapped forces are reluctant to take problems such as farm theft, livestock rustling and sheep worrying seriously.

But farmers are frequently reluctant to speak out for fear of further weakening already fragile relationships with their local police force.

The cost of crime in the countryside is estimated to have reached £800m last year, according to the National Rural Crime Network, which wants greater recognition of the problem.

Some police forces appear more prepared to act than others.

In Lancashire, police officers have been sent on a special training course to help them recognise tell-tale signs that might indicate a piece of farm machinery is stolen.

The training course was hosted by farmer contractor Harry Wilson at Samlesbury, near Preston.

Machines including tractors, excavators and tandem rollers were available for officers to examine so they know what to look for when a vehicles is suspected as being stolen.

“Plant theft can put our whole livelihoods at risk,” said Mr Wilson. “It is really important that we all work together to stop it from happening.”

“Lancashire is not a soft touch – we have big expanses of rural areas to look after and we are really keen on cracking down on this.

“We are going to be making it very hard for those criminals insistent on committing this type of crime. We are not sitting back – we are doing something about it.”

Last month, South Yorkshire Police were accused of being slow to act after a gunman shot lambs dead on a farm near Doncaster.

The NFU said the union had been doing its best to highlight to police the challenges faced by farmers on the urban fringe.

The police force later said it wanted to reassure the local community that it was determined to find those responsible.

In Cambridgeshire, concern among farmers about a big increase in hare coursing has prompted police to re-establish a team of officers dedicated to combating rural crime.

Chief inspector James Sutherland said incidents of hare coursing in Cambridgeshire had almost trebled in recent years from 241 in 2013 to 709 in 2015.

“Our goals are simple – we want to drive hare coursing out of Cambridgeshire, reduce the financial cost of rural crime and let those in the rural community know we are behind them.”

The Country Land and Business Association said it was vital that all police and crime commissioners elected next month treated rural crime as a high priority.

“Commissioners need to work with rural communities to combat crime in our countryside and protect rural businesses. They must be in no doubt as to the scale and effect of rural crime.”

Compared with the national average, people in rural areas were much more worried about becoming a victim of crime, said Ms Fairburn.

“More than one in four crimes in rural areas go unreported. This cannot continue. Equally, it cannot be right that people are left at a higher risk of crime simply because of where they live.

“These elections are an important opportunity to ensure all candidates not only understand the cost and effects of rural crime, but are also committed to taking a stand and reducing it in their area.”

Five priorities in the fight against rural crime

Police and crime commissioners must prioritise five factors if they are to fight rural crime effectively, says the Country Land and Business Association.

Theft The theft of metal, fuel, machinery and livestock blights the lives of farmers and rural businesses and the cost to the rural economy is significant.

Wildlife and heritage crimes Commissioners need to engage with landowners to prevent wildlife crimes such as poaching and hare coursing, as well as heritage crimes, all of which have a major effect on rural communities, conservation activities and the protection of historic buildings.

Fly-tipping The removal of waste costs farmers and rural businesses up to £150m a year. It also creates damage to crops and is a danger to livestock.

Funding Rural communities are less densely populated, which makes it harder to ensure a visible police presence and means less money is collected through precepts. As the government revisits the police funding formula, it is vital the needs of rural areas are adequately met.