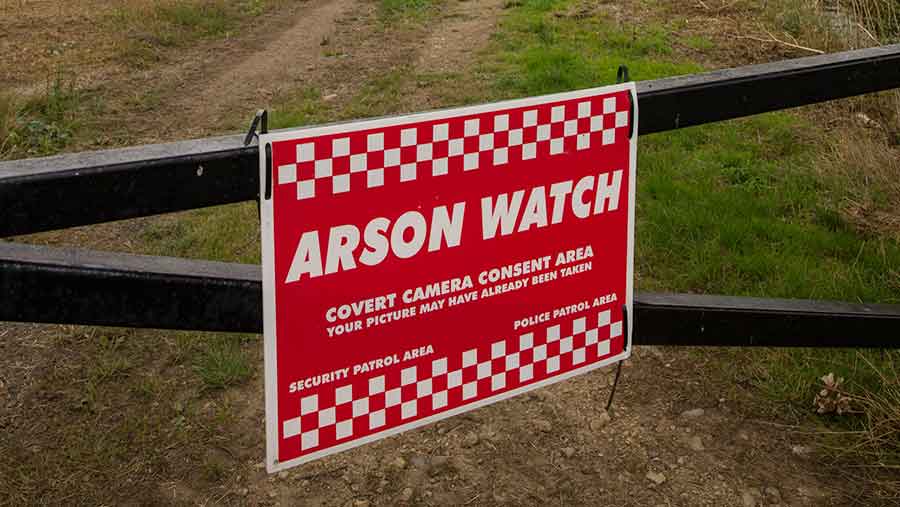 A farmer is offering a reward to help catch arsonists who destroyed a straw stack worth £25,000.

More than 1,000 bales of straw went up in flames in the arson attack at a farm in Sutton Road, Haddenham, Cambridgeshire.

Cambridgeshire Police said the victim is offering a £1,000 reward for information leading to the arrest and conviction of those responsible.

Inspector Dick Turner said: “This arson attack led to the loss of a large amount of straw with a very high value and we are keen to catch those involved.

“Crops and produce are a vital part of farming and we take the destruction of these items very seriously.”

Firefighters were called to the incident at about 8pm on Monday, 15 August.

When crews arrived they found about 1,500t of stacked straw well alight, in close proximity to another straw stack.

Additional resources were called as firefighters started to extinguish the fire using water. The farmer assisted the crews by using farm machinery to create a fire break in an attempt to stop the fire from spreading.

The incident was scaled down at about 11pm that evening to just one crew, who allowed the stack to burn out under a close watch. Initially, the cause of the fire was thought to have been accidental, but later upgraded to arson.

Anyone with any information is urged to call police on 101 or Crimestoppers anonymously on 0800 555 111.