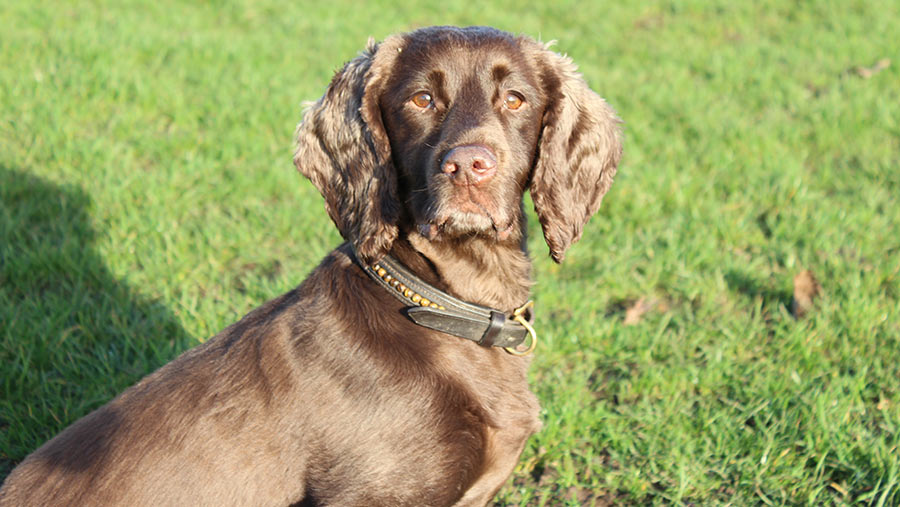 A rise in dog thefts across the country has prompted an industry warning for farmers with valuable gundogs that are often a prize target for thieves.

The British Association for Shooting and Conservation (BASC) said vigilance and extra safety measures were essential for reducing risk.

Working gundog breeds, such as springer and cocker spaniels, are high up the list of most frequently targeted, BASC said.

The results of a BBC freedom of information request showed that five policing areas in England saw a double-digit increase in the number of dog thefts reported between January and July 2020, compared with the previous year.

Overall, about half of the 26 forces that responded to the BBC’s data request saw an increase over the past seven months, while the rest saw fewer reports.

There was a near-doubling of gundog thefts across Northumbria, Devon and Cornwall and Leicestershire, compared to the same period in the previous year.

Dog Lost, a nationwide service that reunites dogs with their owners, said it had seen an overall increase of 70% in reported thefts this year.

Toni Paull, BASC’s gundog officer, said: “We know that gundogs make up for a significant portion of dog theft; their high value makes them a prize target.

“It is one of those instances that you don’t think it will ever happen to you until it does.

“Having spoken to numerous victims, the trauma and pain of losing your dog to criminals is horrific. The risk of being targeted remains low, but it is at a concerning level.”

Ahead of Gundog Theft Awareness Week (31 October to 6 November), BASC urged anyone buying a dog to undertake due diligence to reduce the possibility of buying a stolen dog.

This could include checking paperwork relating to the dog and cross-referencing microchip details.

It’s not just gundogs that are being targeted, either. NFU Mutual said it had also seen a number of cases where two to three sheepdogs have been taken from a farm at a single time.

She added: “Our initial claims indications back up what we are hearing anecdotally, with a year-on-year rise in claims and the value of both working and pet dogs being stolen. By September 2020, the value was far greater than the whole of the year before.”